“A Project Beneficial for Famagusta and TRNC”

Vice Rector for Academic Affairs Prof. Dr. Hasan Demirel delivered the opening speech of the signing ceremony and emphasized that EMU, in addition to education and scientific research, is also a partner in projects carried out within the scope of community service in an integrated manner with the city of Famagusta and the Turkish Republic of Northern Cyprus (TRNC). Noting that the owner of Deepdive Diving Center, Erol Adalıer, who has made the city of Famagusta and the TRNC love underwater activities for many years, Prof. Dr. Demirel underlined that the university will do its part in the underwater artificial reef project to be created next to the EMU Beach Club. Prof. Dr. Hasan Demirel wished the project to be beneficial for Famagusta and TRNC. 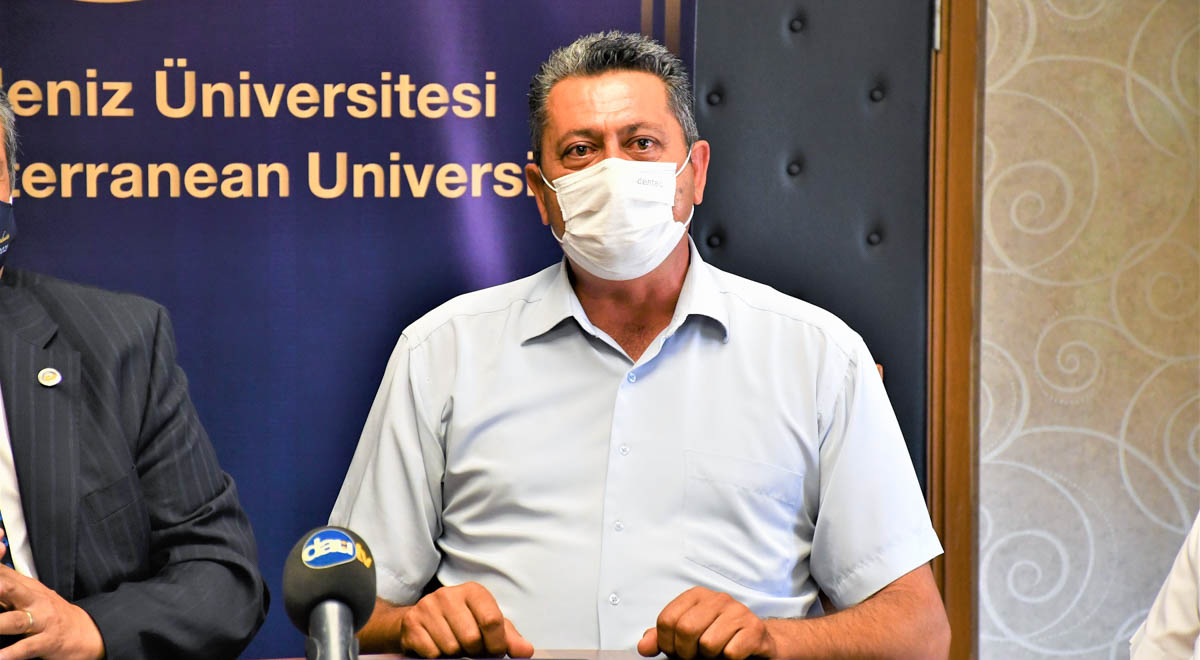 Speaking at the ceremony, the owner of the Deepdive Diving Center, Erol Adalıer, expressed his satisfaction with the results of the work they have been doing with EMU for many years and wished that the artificial reef project, which is a first in the TRNC, would set an example for future generations. Indicating that the project is product of a 12-year study, Adalıer stated that they obtained permission from the Livestock Department of the TRNC Ministry of Agriculture and Natural Resources after revealing all the currents and bottom structure under water, and that they will create an artificial reef underwater with the help of EMU. Expressing that the artificial reef will harbor two ships, a plane, total of 2,500 sculptures as well as many interesting structures such as vehicles, Adalıer said this would increase public interest in undersea environment. At the end of his speech, Erol Adalıer thanked EMU Underwater Research and Imagining Center Director Assist. Prof. Dr. Burak Ali Çiçek, EMU Rector’s Office and EMU Revolving Funds Directorate for their contributions to the project. 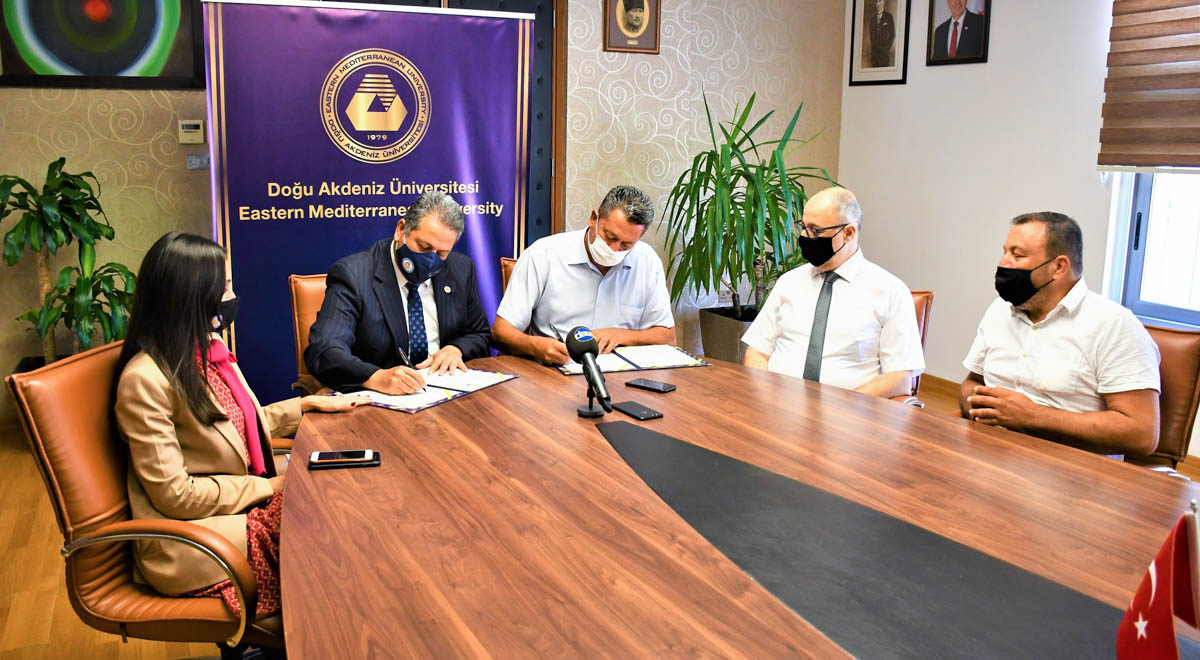 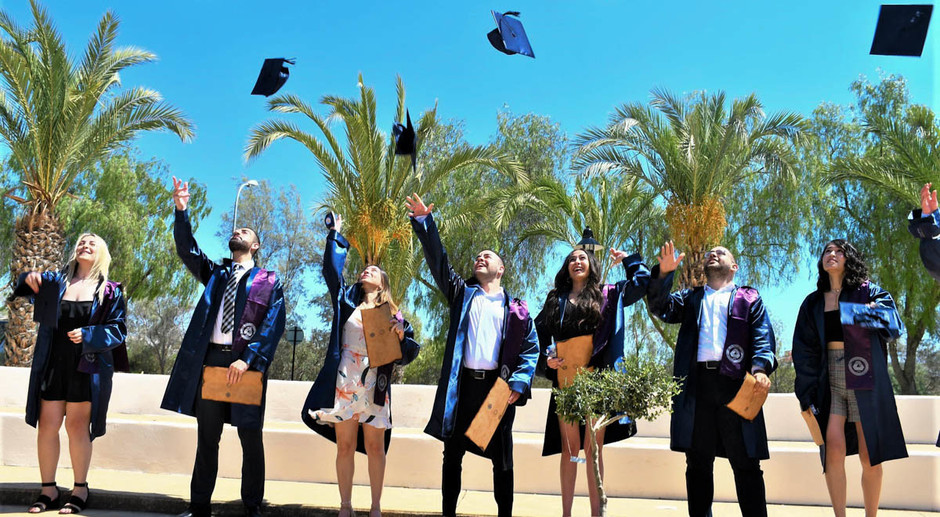 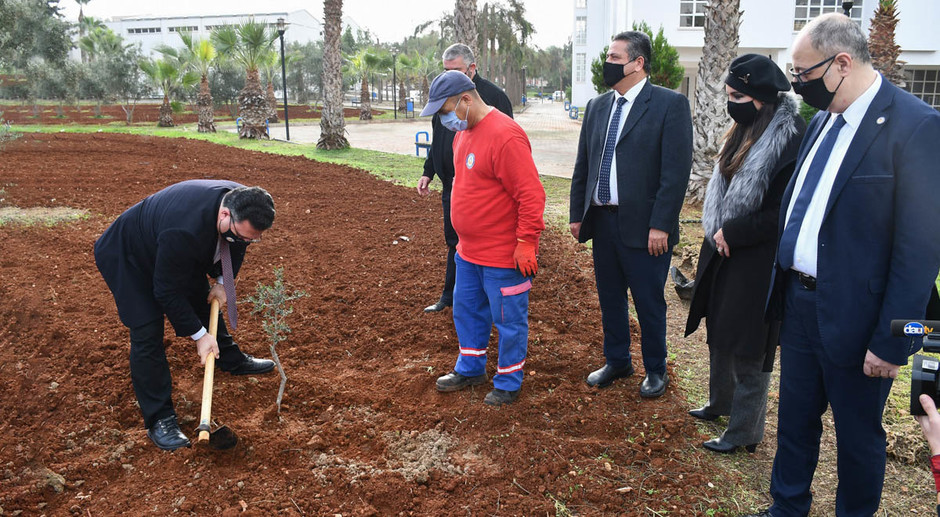 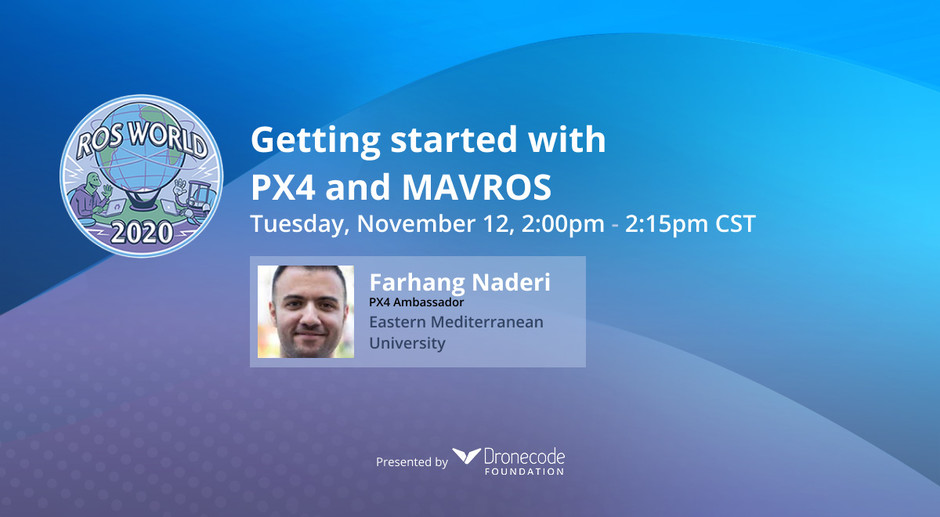 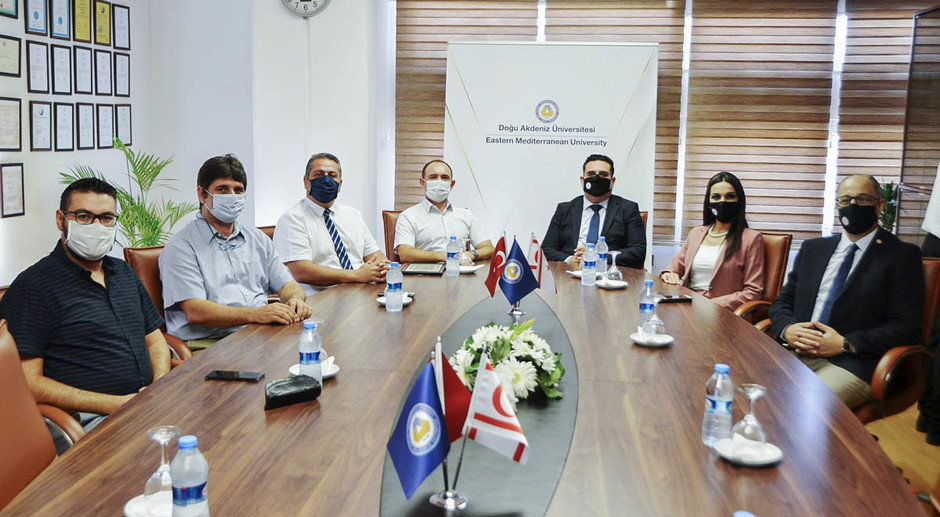