Prof. Obaidat began his presentation by thanking EMU for inviting him and offered his congratulations to EMU for becoming an internationally renowned university. After providing information briefly about his background, he continued with the academic publishing he edits and lecture books he had prepared. After summarising smart home and smart city concepts, he said that the world’s economic development and the increase of urbanisation will facilitate people’s lives. He also provided information on the various smart home/city applications active worldwide. 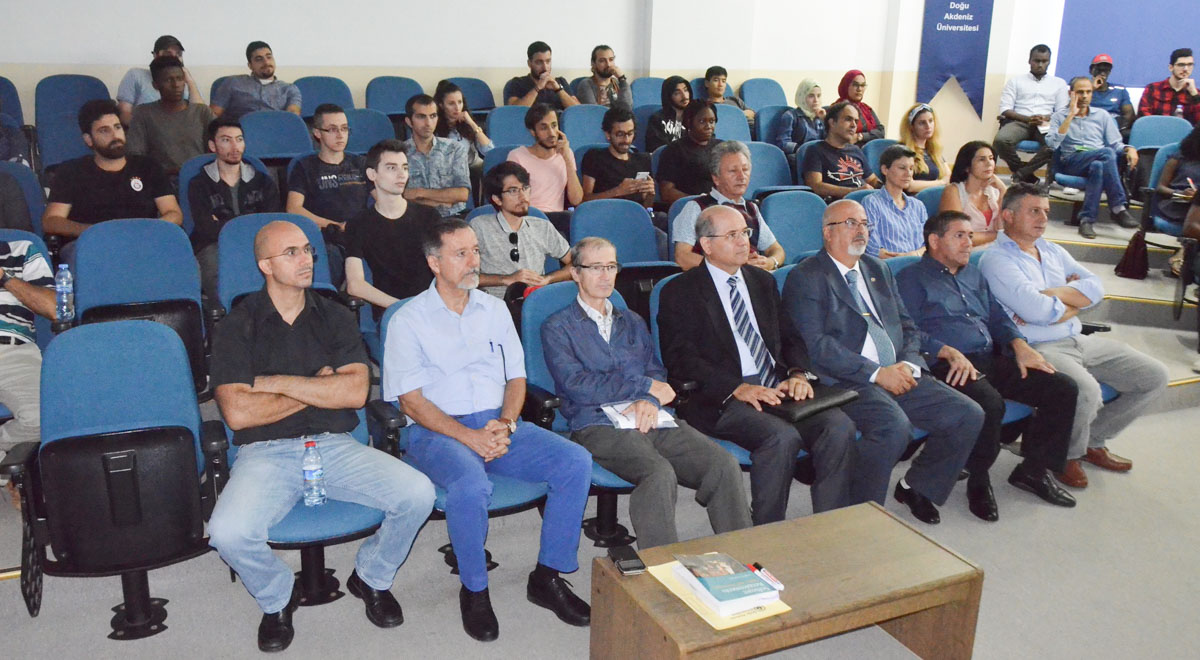 “You Can Sell the Electricity Produced At Home to the Government”

Prof. Obaidat stated that in the city of Taoyuan, Taiwan, free internet services are provided to everyone. He also emphasised that Wi-Fi organisations were formed in 932 different areas and internet could be accessed in the entire city. Adding Barcelona, Spain and Astana, Kazakhstan to his examples, he pointed to the e-government concept being of equal importance to that of smart homes and smart cities. Prof. Obaidat said that the e-government concept allowed people to take care of their business with governmental organisations and municipalities electronically. He drew attention to the advantages of smart grids and said that this type of renewable energy installed into people’s homes is able to both receive and provide power; allowing citizens to sell electricity to the government and earn money. By mentioning the energy productivity of such implementations, he also drew attention to the decrease of carbon-dioxide emissions. Prof. Obaidat underlined the importance of such systems for environment protection due to 50% of the world’s population living in cities. 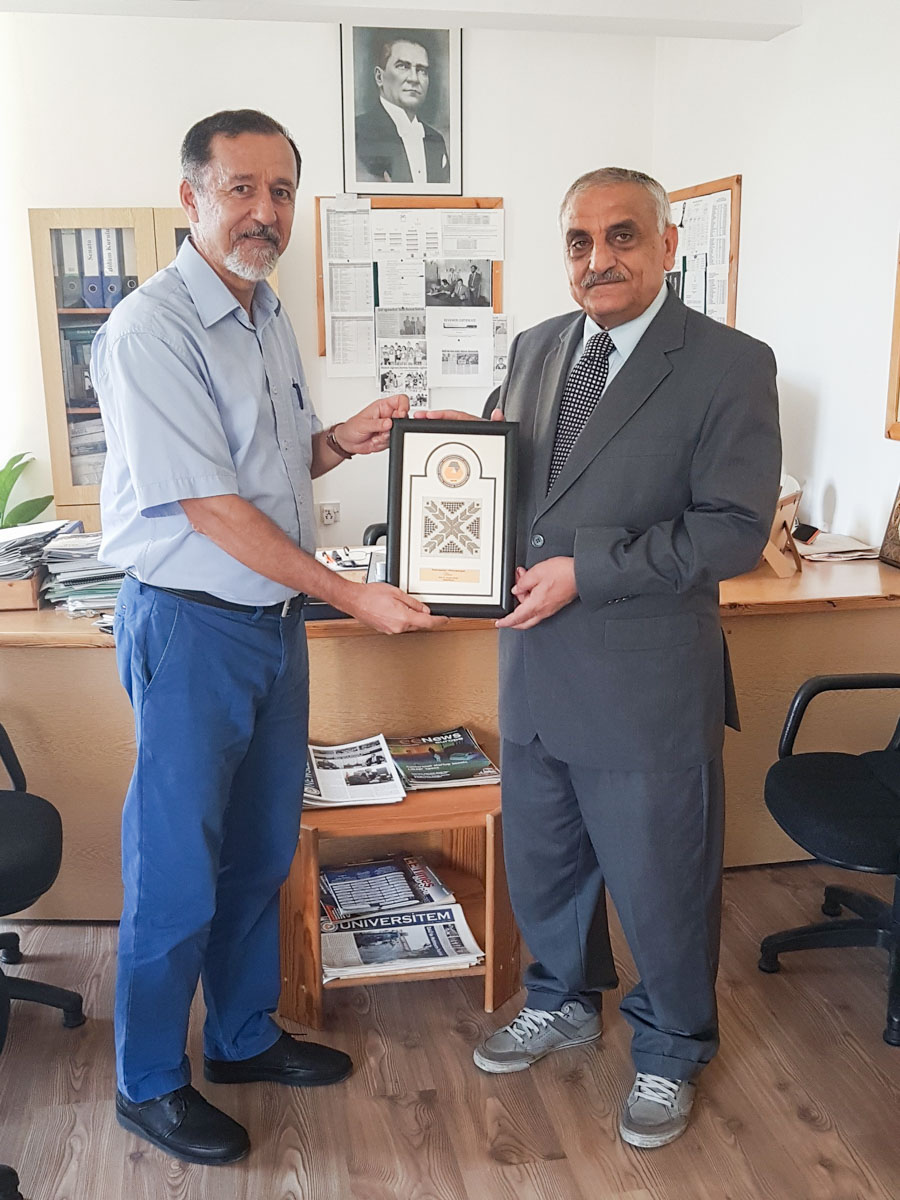 Also mentioning houses and security systems, he exemplified the scientific researches they conduct and several other applications to the students and other participants. He also shared some of the latest studies on predicting natural disasters like forest fires or earthquakes. Following the keenly participated event, Prof. Dr. Işık Aybay (Chair at EMU Faculty of Engineering, Department of Computer Engineering) presented Prof. Obaidat with a board decorated with Lefkara  Lace.