The Eastern Mediterranean University (EMU) Social and Cultural Activities Directorate organized a performance of the comedic play “Suit”. The play was performed at the Rauf Raif Denktaş Culture and Congress Centre at 19:30 on Thursday, the 12th of December 2019. The cast included famous thespians such as Begüm Öner, Kerem Poyraz Kayaalp, Ceyhun Fersoy, Canan Atalay and Melis İşiten. The play’s director was Eyüp Emre Uçaray and his assistant director was Aziz Caner İnan. The set was designed by Tolga Güleryüz. Murat Yılmaz was in charge of décor, Gülcan of costumes and Eren Yiğit of photographs. The poster was designed by Galip Aksular. Stage direction assistant was Meltem Coşkun. Attendance was high at for the theatre performance which often left the audience rolling in the aisles. At the end of the performance, the thespians were handed a plaque of appreciation by the EMU Social and Cultural Activities Directorate. 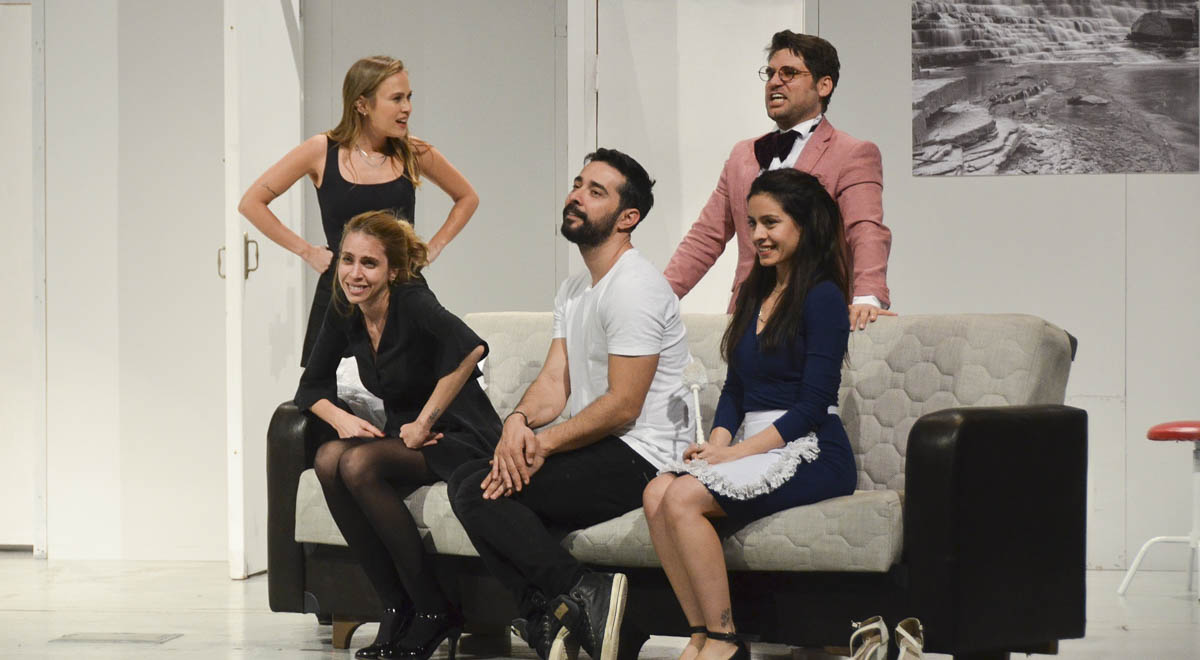 A hotel suit, a young couple getting ready for their wedding, close-friends following their preparations and events that conspire after some unexpected visitors enter their lives…In short this is what this magnificent comedy is trying to ask: What if the “right person” enters your life just before the wedding? This question leads our protagonists in to a fun and intriguing journey around problems that seem unsolvable. Jest Tiyatro’s newest production is brought to life by its tremendous cast who portray a series of funny incidents with an expert set-up. 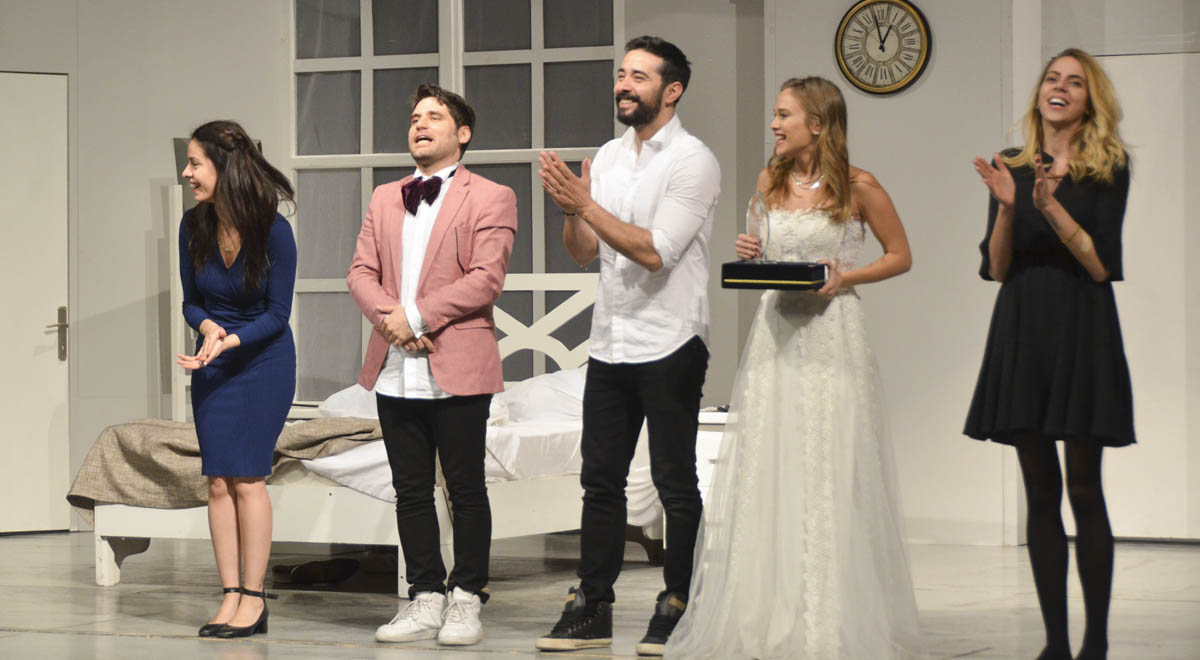