In scope of an activity organised by Eastern Mediterranean University, Faculty of Communication, Department of Radio, Cinema and Television, famaous theatre player, actress and singer Ayla Algan came together with students and her fans at FCMS 011 at 11:00 a.m. on Wednesday,  8 May 2019.

The talk started with the presentation of a section from the internationally acclaimed film “Ah Güzel İstanbul”, which was made in 1966. Algan commented that she co-starred the film with  Sadri Alışık  and they received the “Silver Tree’ award at the 10th International Bordighera Humor Films Festival in San Remo, Italy. Algan said “This is my first film in cinema after my theater. In those years, color films were shot in Europe and America. Yeşilçam had no money. If our film was not black and white, it would have been be crowned with a degree beyond the first place. But the black-and-white camera that our director of photography used was much better than the color one. As a result, we achieved an important success in an area where we were competing with international master directors such as Fellini. 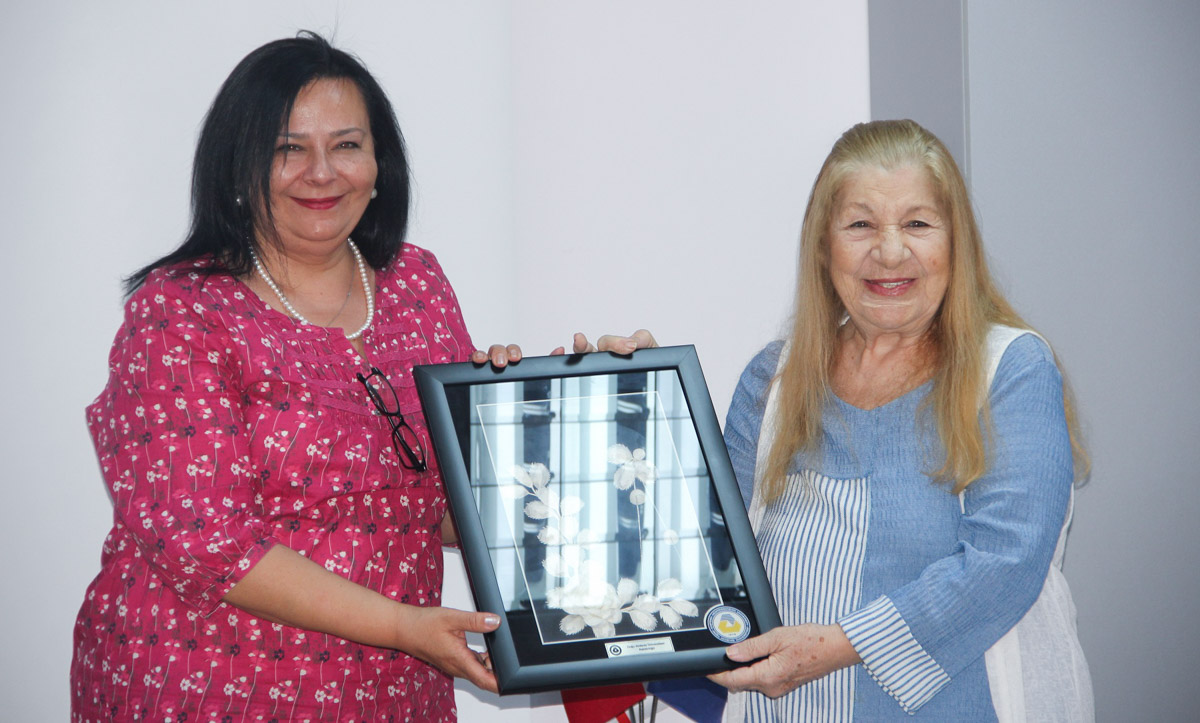 “Cinema does not Resemble Theatre”

In addition to cinema and theater, Algan introduced the poems of Yunus Emre to the world by reading and singing poetry in German, French and English. Algan stated that she started to sing after 1972. Algan also added that Şehnaz Longa is the most beautiful piece of Ayşe in the film ‘Ah Güzel İstanbul’. Algan continued by saying that acting in cinema is not like acting in theater and also emphasized the importance of assembled acting for cinema. Touching on the importance of extistentialism in training activities, Algan added that the curricula of Istanbul Drama Art Academy is based on Hegel philosophy. 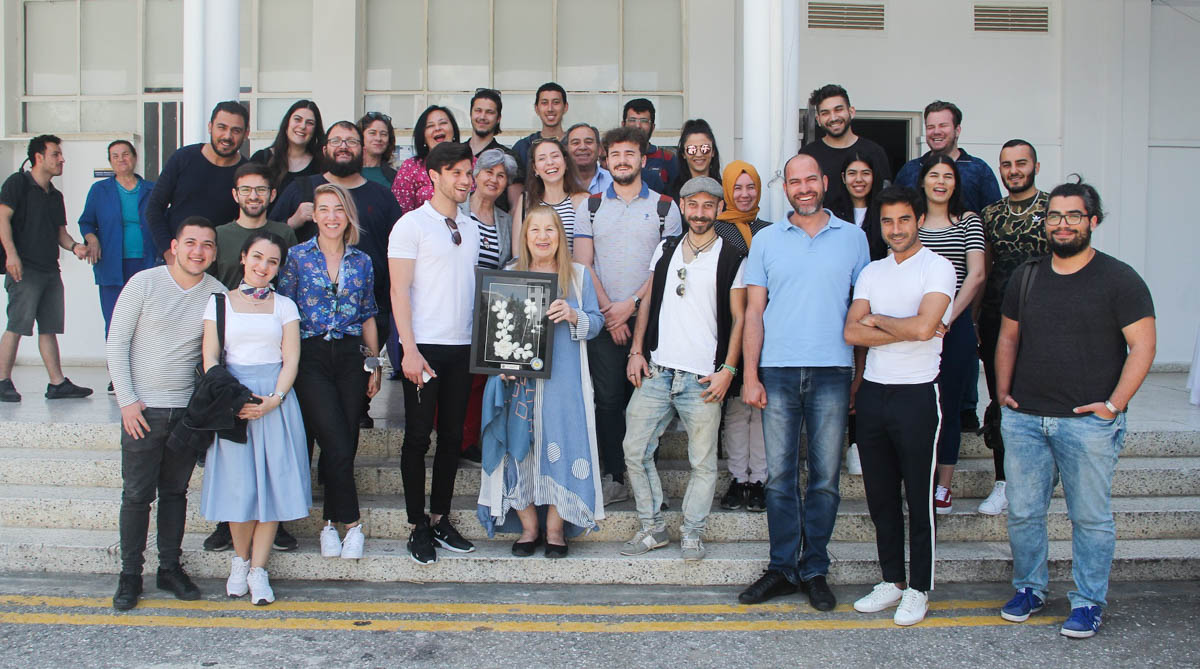 Algan stated that she played only in one commercial during her life and that she chose to do it because it would be beneficial for the society. Algan went on to state that “I wouldn’t star in bad commercials even if I am broke”. Algan added that her profession in arts started as a hobby for her. Providing recommendations for students, Algan said that “If you have hobbies in your daily life, go on, learn and improve yourself. While doing so, realize your shortcomings and don't give up.” At the end of the talk, EMU Communication Faculty, Radio, Cinema and Television Department Chair Prof. Dr. Bahire Özad presented famous actress Ayla Algan a gift. The event came to a close after a group photo was taken. 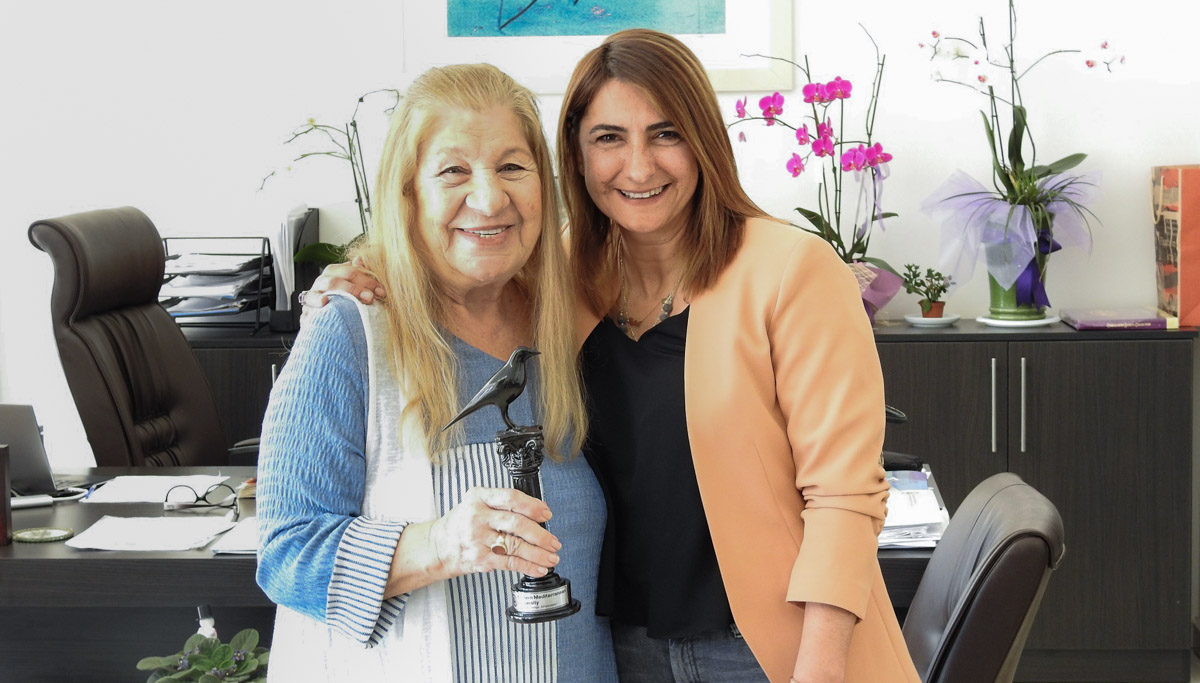 Prior to the talk, famous actress Algan paid a visit to Vice Rector for Student Affairs Prof. Dr. Sonuç Zorlu Oğurlu. EMU Communication Faculty, Radio, Cinema and Television Department Chair Prof. Dr. Bahire Özad  was also present at the said visit. Prof. Dr. Oğurlu thanked Ayla Algan for giving a talk at the university and presented her a crow statue as a symbol of Famagusta. Algan stated her pleasure in visiting EMU and the Turkish Republic of Northern Cyprus.