During the event which was attended by crowded groups of students, academic and administrative staff members and the local community, Kahraman Tazeoğlu shared his memories as well as poems with the audience. Tazeoğlu also expressed his pleasure in taking part in a meaningful event as such in EMU. 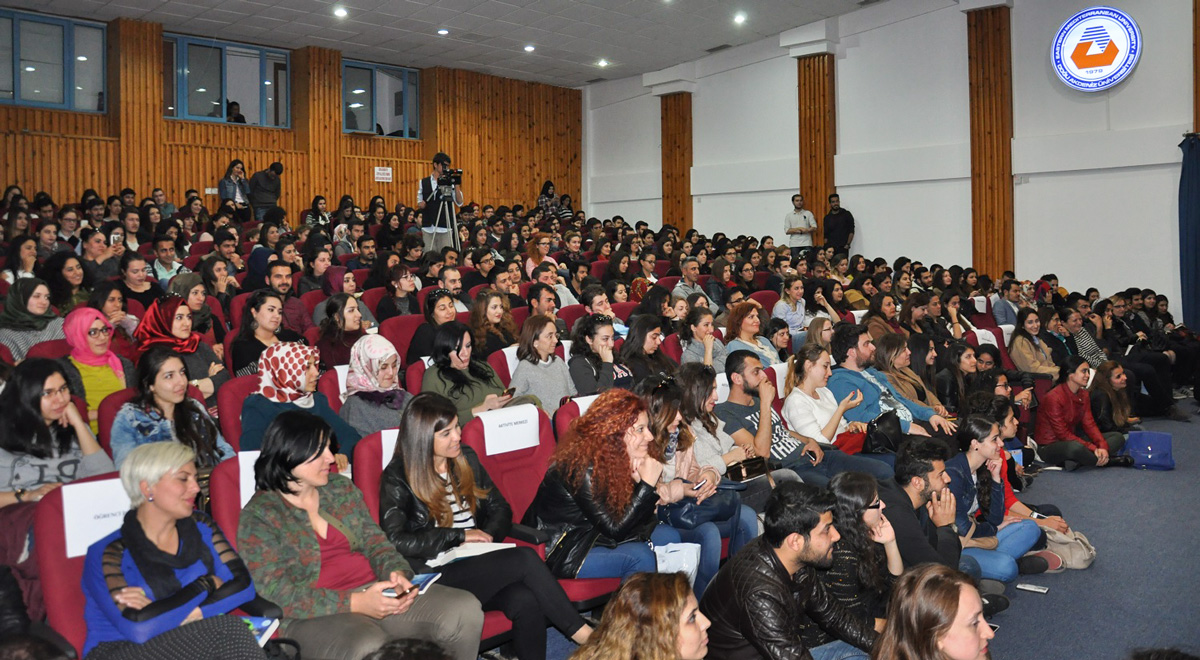 At the end of the event, Vice Rector for Student Affairs Prof. Dr. Hıfsiye Pulhan presented a plaque of appreciation to Tazeoğlu.

Following the event, Tazeoğlu signed his books for his fans and took photos with them.