Having demonstrated outstanding performance at a concert taking place at Rauf Raif Denktaş Culture and Congress Center in October 2014, “InterContinental Concerts” group members base their programs on the scientific, artistic and technological abilities of people of different nationalities united together to show the beauty of peace, life and love through the language of music and art performance.

The founder and composer of the group Shahed Mohseni Zonoozi provided information on the organisation’s mission, achievements and the latest tracks. Giving information on the group’s music albums and videos as well as the official website of the group, Zonoozi extended his appreciation to EMU Rector’s Office for their support.

On the other hand, Eastern Mediterranean University also presented certificates to the contributors of “Motiva Crea Innova 8” conference which took place in November within the framework of TEDx. Vice Rector for Promotion Prof. Dr. Hasan Amca presented certificates of appreciation to assistants, staff and students who contributed to the organisation of the conference. Thanking TEDx group leader Adebola Adeniran and all those who contributed, Prof. Dr. Amca stated his wish to host further conferences as such. 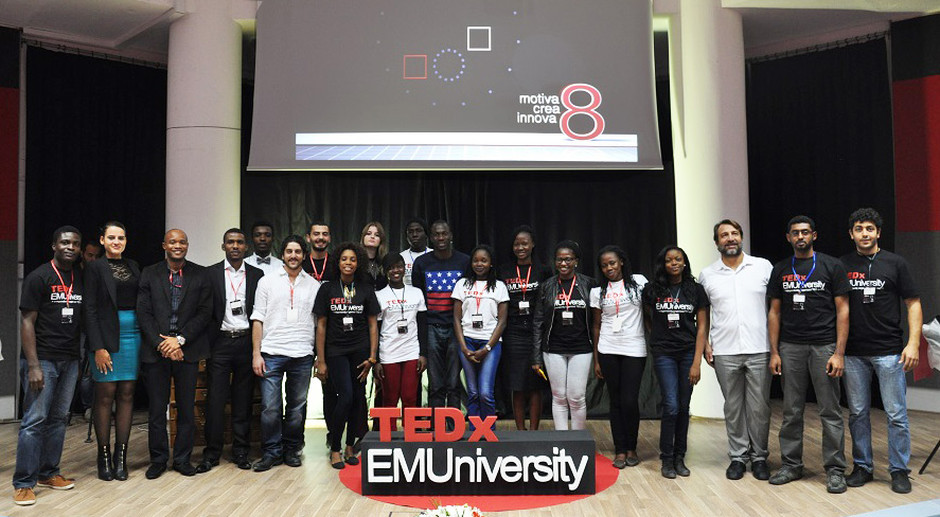