Eastern Mediterranean University 2017-2018 Spring Semester Graduation Ceremony took place at EMU Stadium at 7:00 p.m. on Wednesday, 20 June 2018. The graduation ceremony during which over 2,100 candidates were granted undergraduate and associate degrees had a very remarkable turnout. The said ceremony was broadcast live by EMU TV. With increasing number of graduates each passing year, Eastern Mediterranean University’s number of graduates has exceeded 55,000. 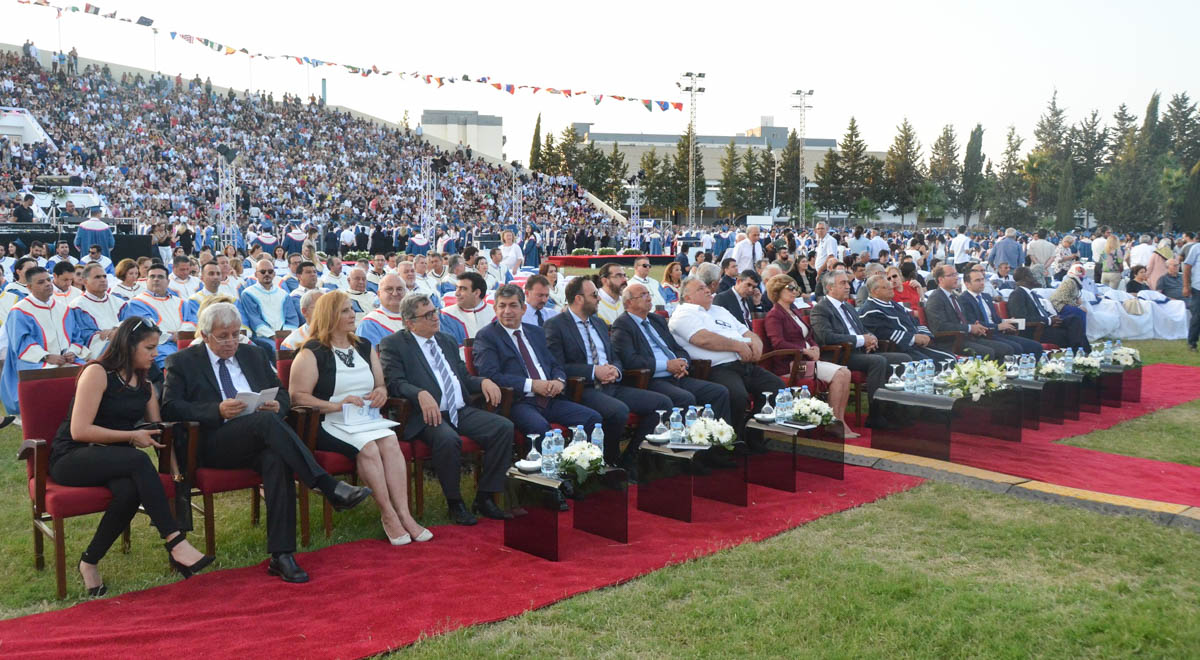 President of the TRNC was at the Ceremony 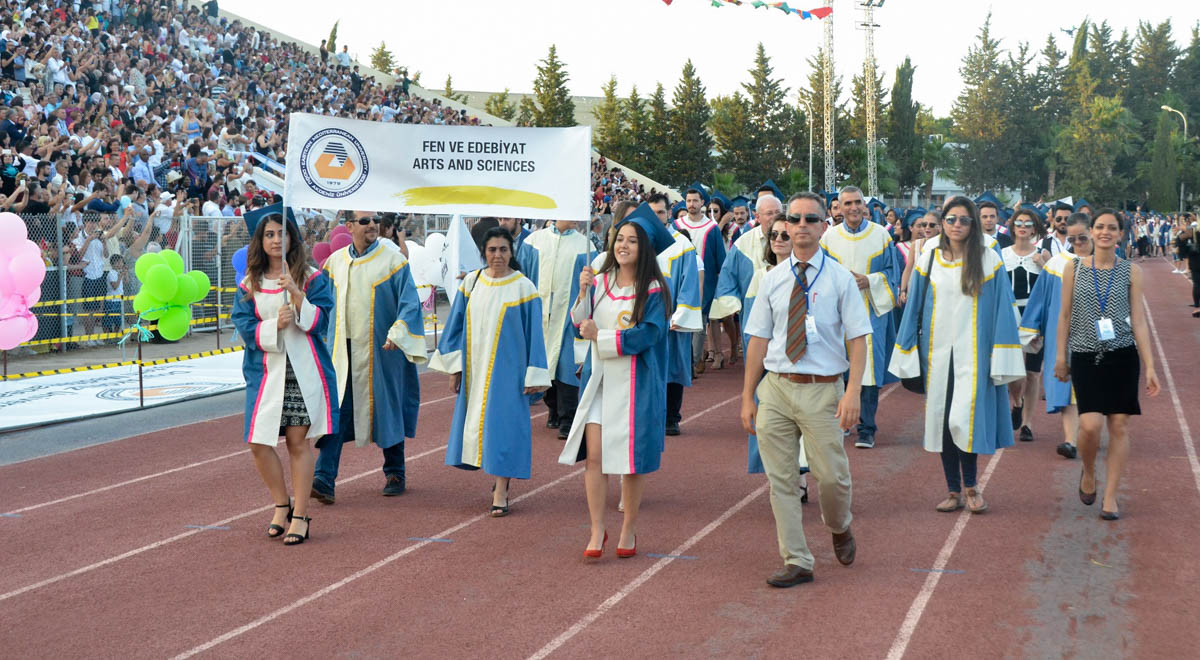 The ceremony commenced with a cortege walk of the graduates accompanied by Rector Prof Dr. Necdet Osam and Senate members. Following the placement of the graduates to their seats, a moment of silence and the national anthem, Faculty of Health Sciences, Nutrition and Dietetics Department top ranking student Melis Aysu Sünel and Faculty of Arts and Sciences, Department of Psychology Amer Kanaan delivered speeches on behalf of the graduates. Then, a symbolic tree planting ceremony took place. 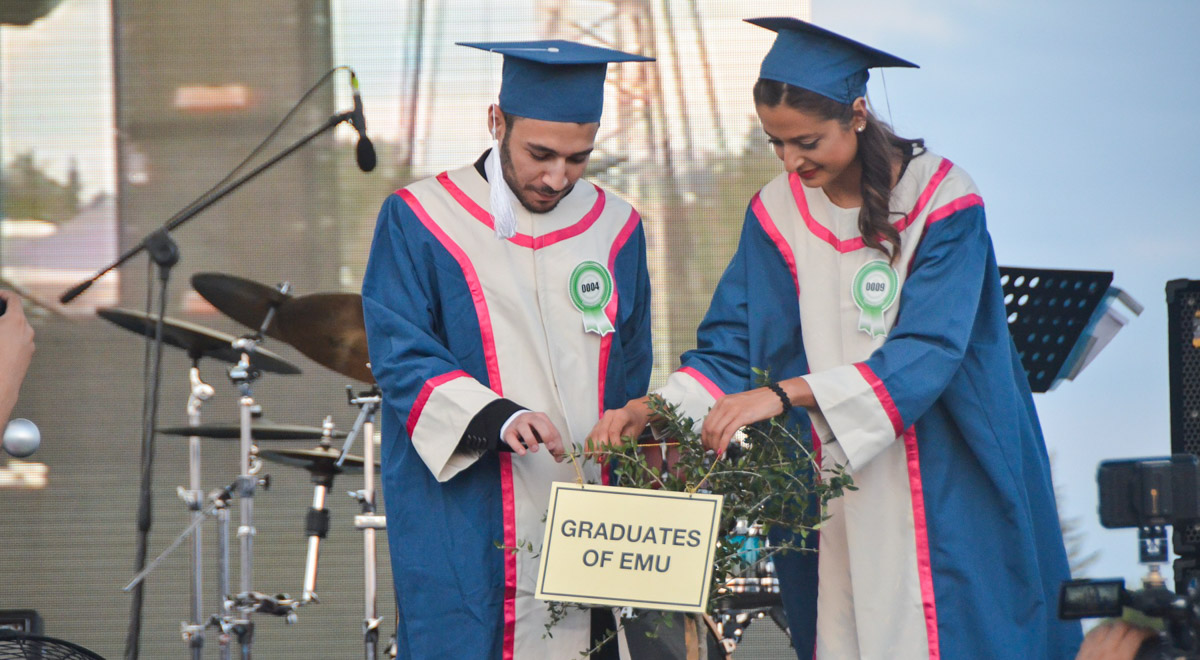 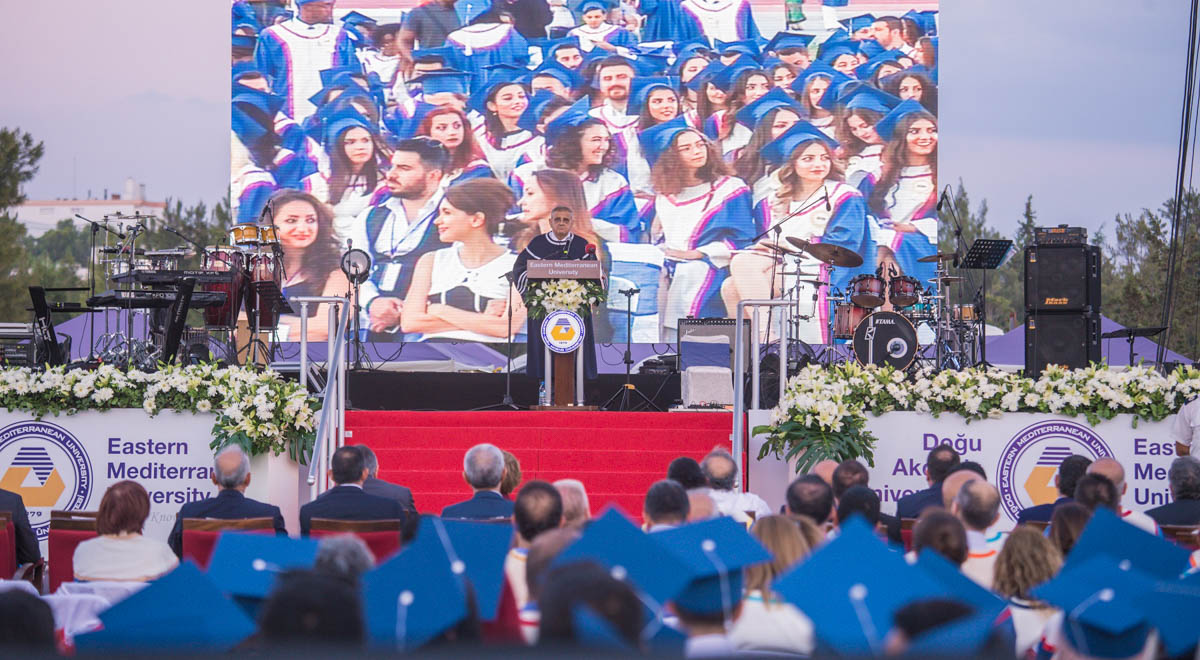 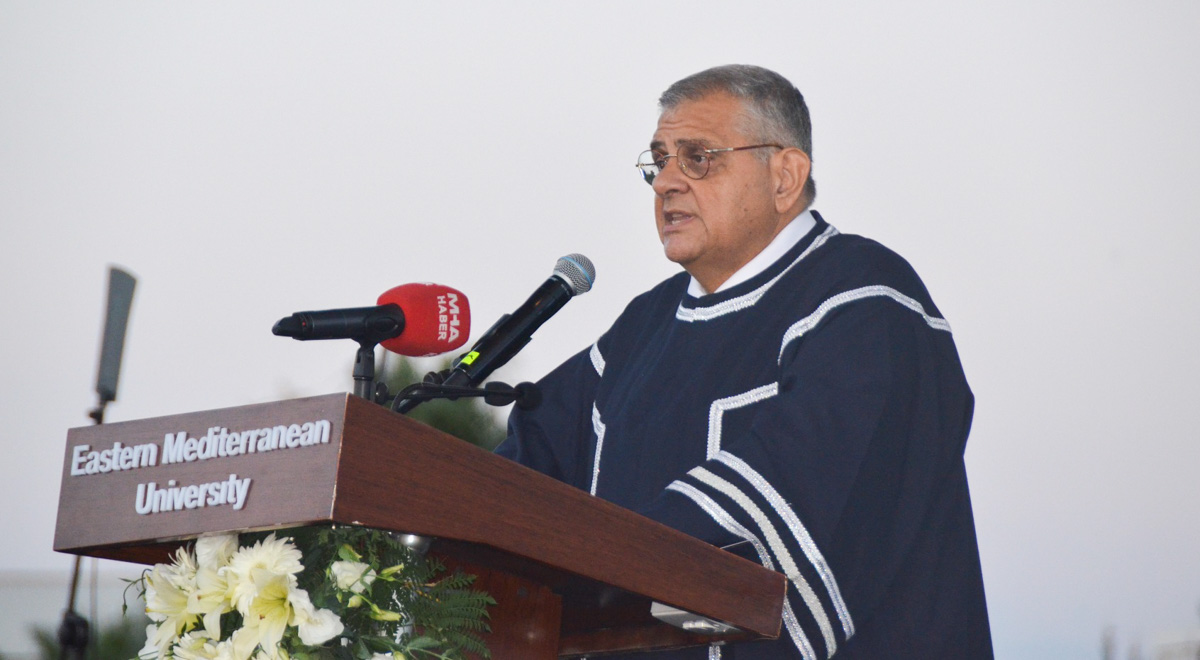 “We are Graduating our First Doctors”

Delivering a speech at the ceremony, Rector of EMU Prof. Dr. Necdet Osam thanked all attendees who came to the TRNC from different corners of the world to participate in the ceremony. Stating his pride in the success of EMU graduates, Prof. Dr. Osam also expressed his happiness in bringing up the first graduates of EMU Dr. Fazıl Küçük Medicine Faculty and Marmara University Medicine Faculty joint Medicine Program. 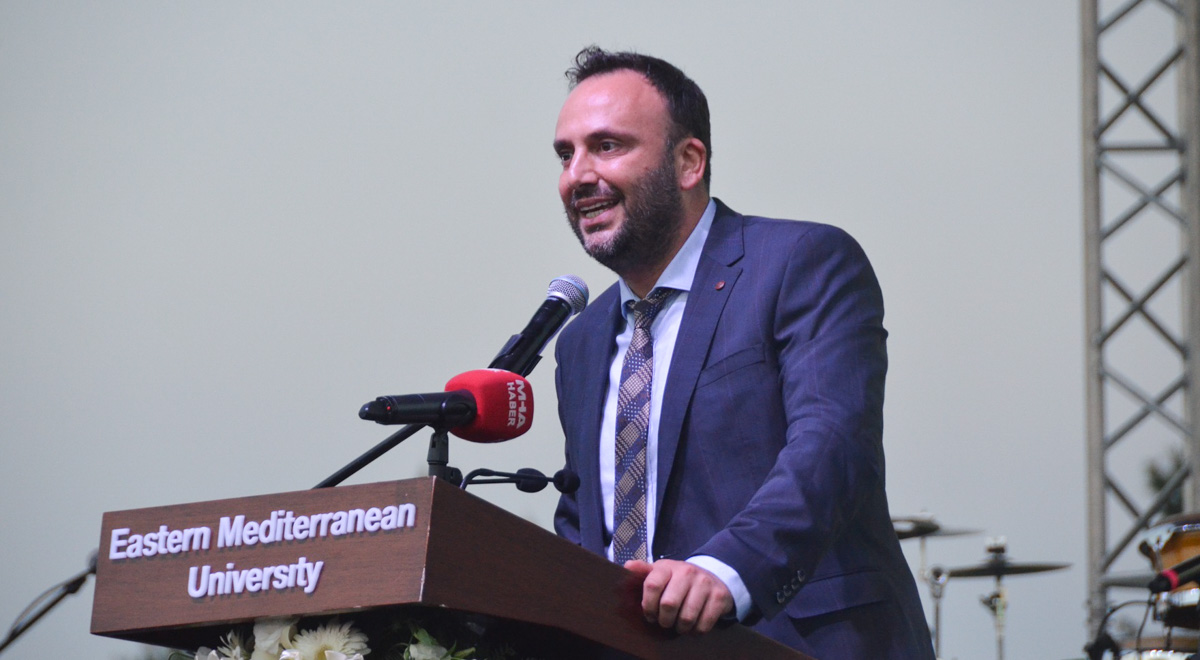 Graduate of EMU and TRNC Minister of Labour and Social Security Zeki Çeler also delivered a speech in which he stated that graduation is not an end but a new beginning. Extending his best wishes to young graduates, Minister Çeler advised young graduates to work hard to put their dreams into life and reach their targets. In his speech, Minister of National Education and Culture Cemal Özyiğit described graduation as the beginning of a new path and wished the new graduates all the success in their lives. 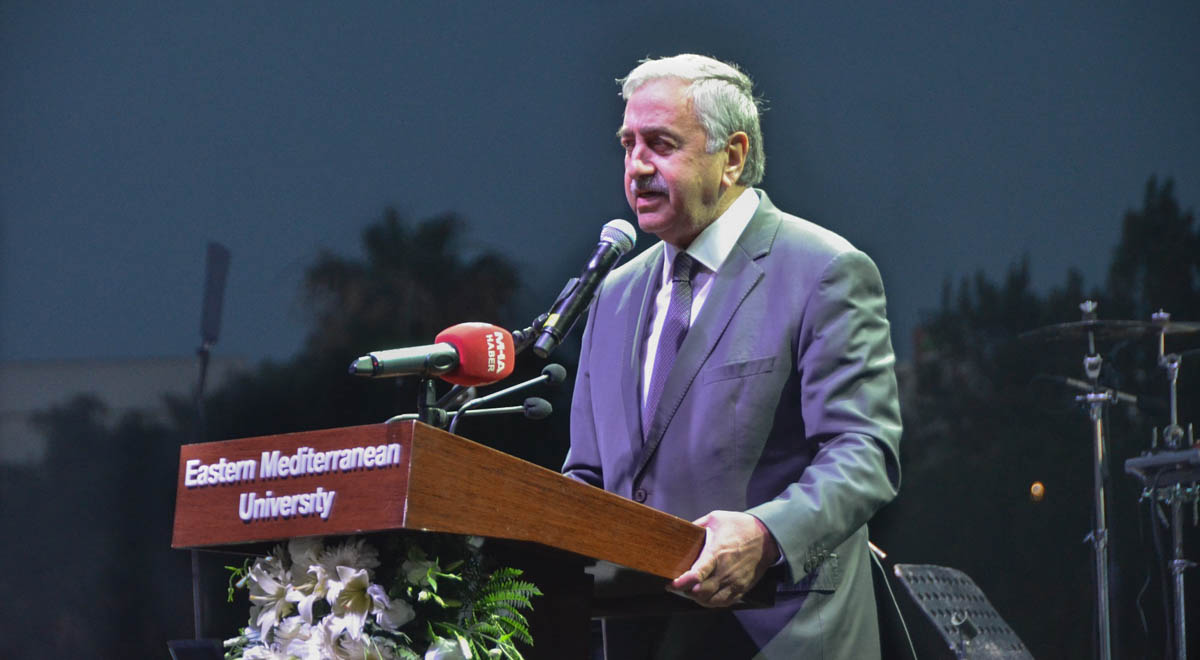 President of the TRNC Mustafa Akıncı extended his best wishes to all students and their families. President Akıncı also stated that EMU is graduating students from 56 countries at the present term. President Akıncı addressed the graduates as follows: “You are going back to 56 different societies. I wholeheartedly believe that you have the power of changing your society.” 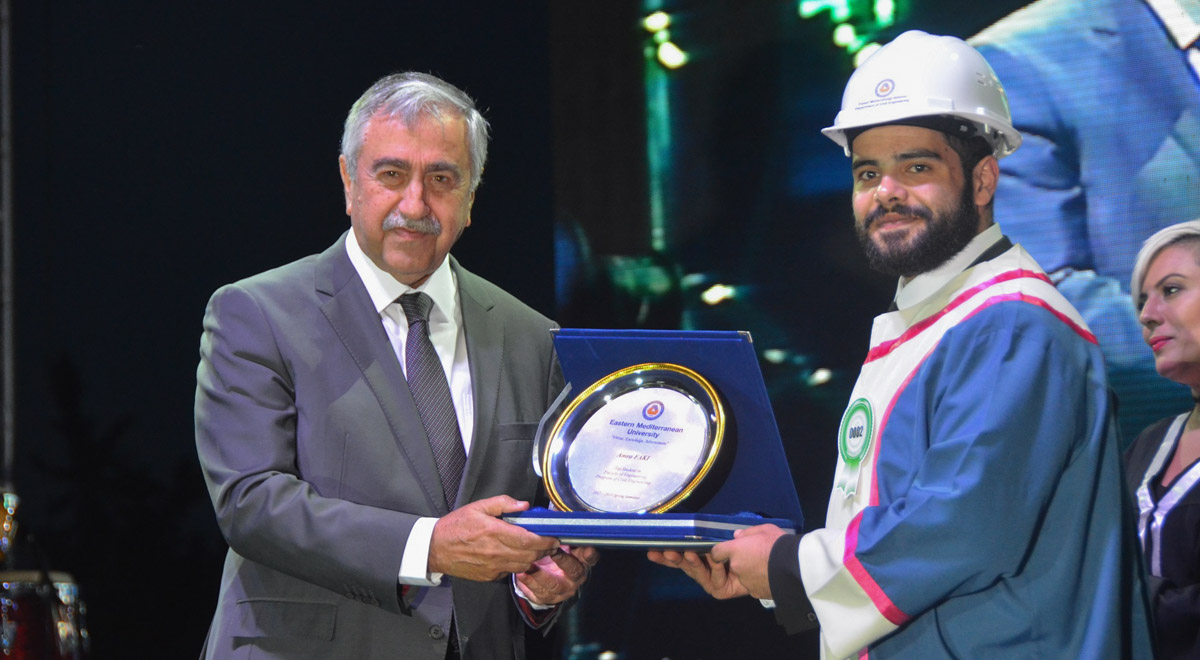 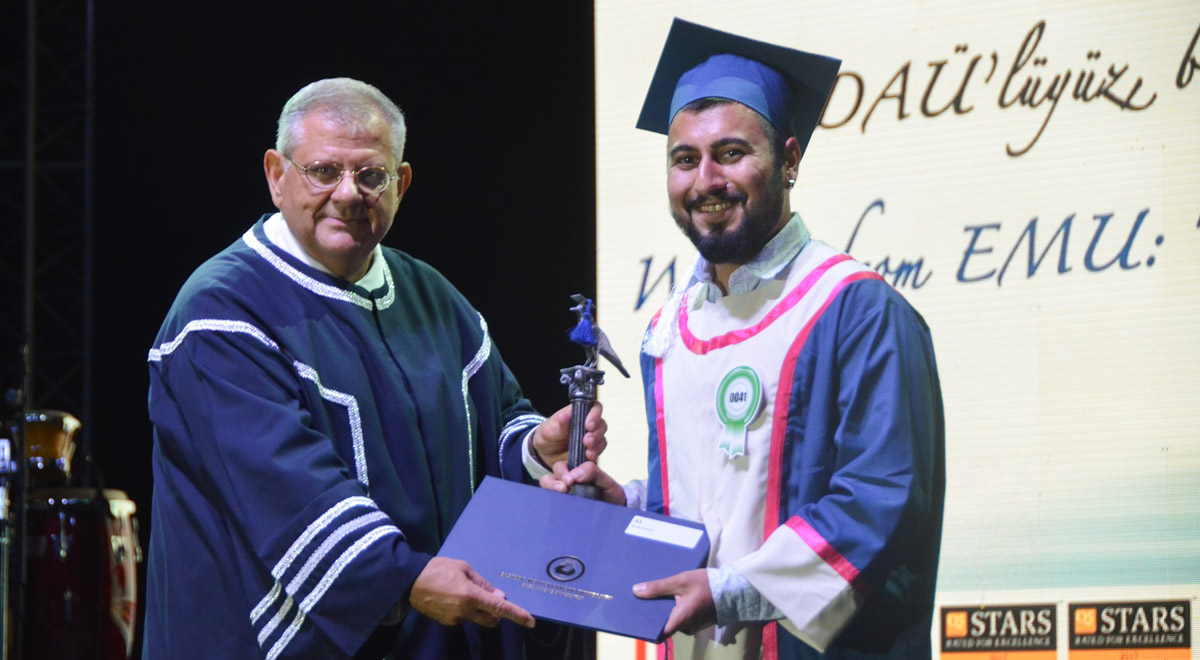 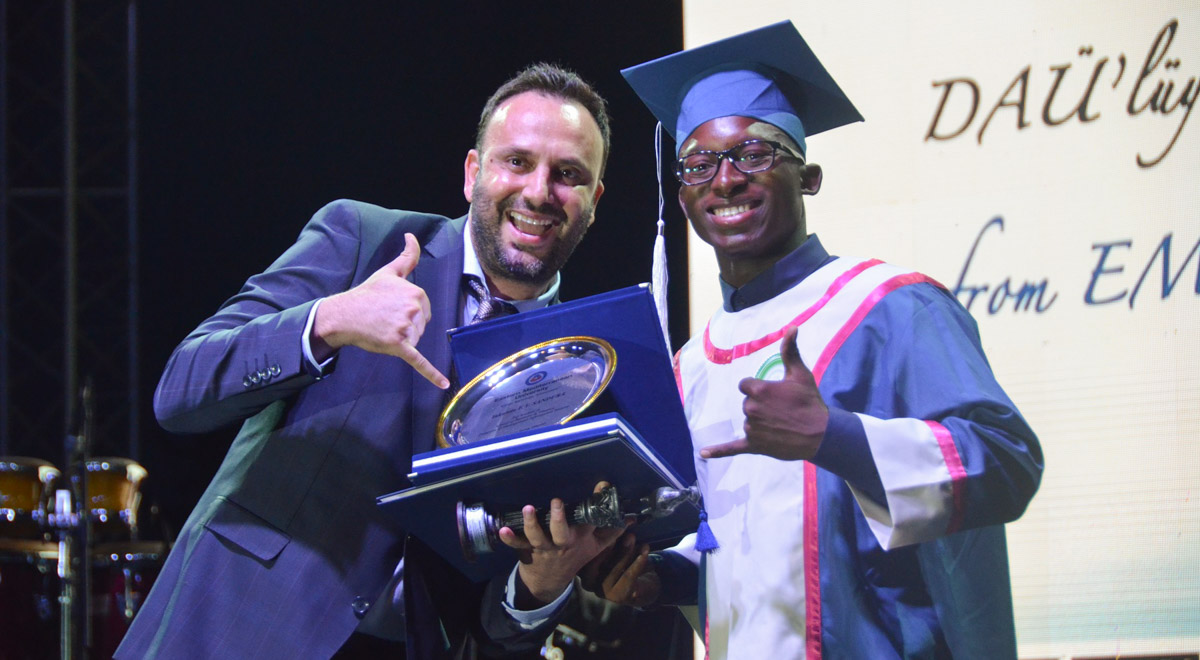 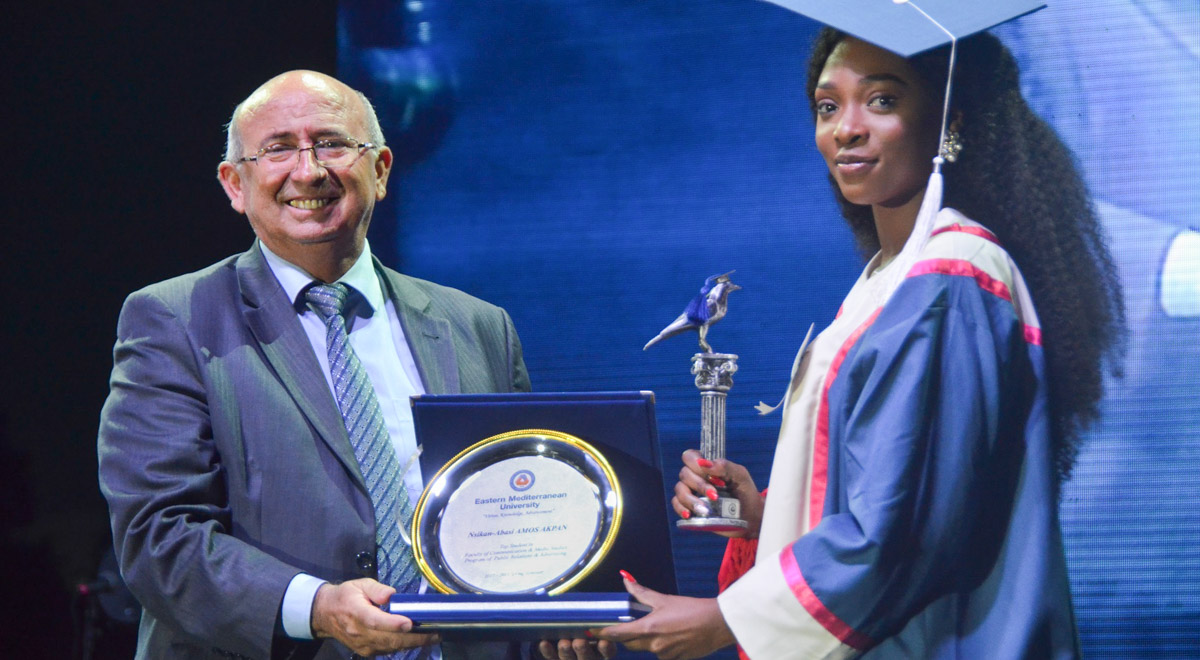 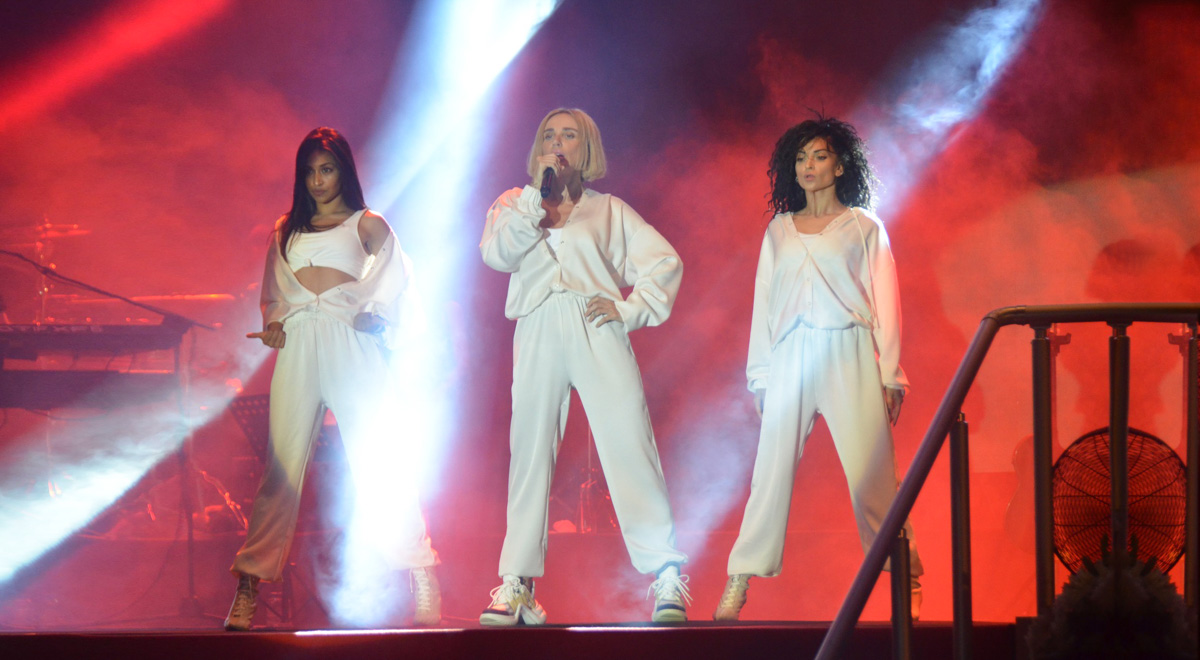 A Concert by Gülşen

Following the presentation of diplomas to associate and undergraduate degree graduates, graduates and their families had an unforgettable night, thanks to popular Turkish singer Gülşen’s magnificent concert.