Eastern Mediterranean University (EMU) Business and Economics Faculty, Business Administration Graduate Dr. Mehmet Muş, who has been appointed as the Republic of Turkey Minister of Trade on 21 April 2021, came to the Turkish Republic of Northern Cyprus (TRNC) and had a series of meetings. In scope of his schedule, Minister Muş visited EMU on Friday, 4 June 2021, at 10:45 a.m. The visit, which took place at the EMU Senate Hall, was attended by Minister of Trade Dr. Mehmet Muş, some members of the parliament and ministry officials, TRNC Deputy Prime Minister and Minister of Economy and Energy Prof. Dr. Erhan Arıklı,  Ambassador of the Republic of Turkey to Nicosia Ali Murat Başçeri, President of the EMU Board of Trustees Dr. Erdal Özcenk, EMU Rector Prof. Dr. Aykut Hocanın, Members of the Board of Trustees, Vice Rectors, Faculty of Business and Economics academic staff members and Dr. Muş’s friends who were studying during his period. 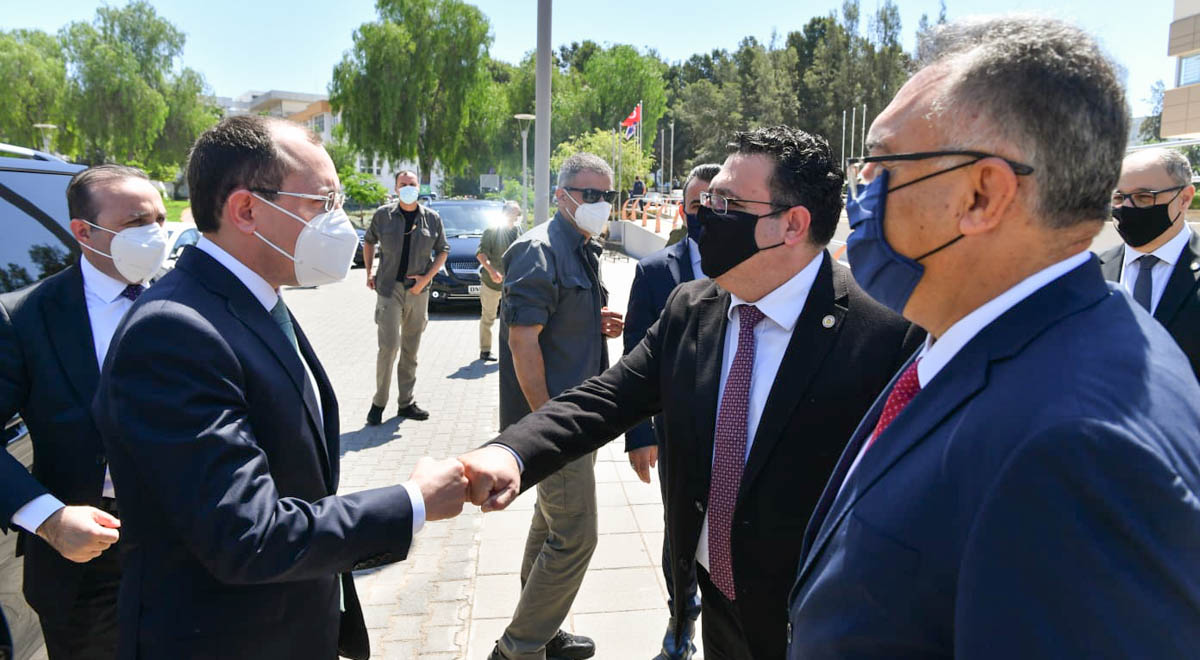 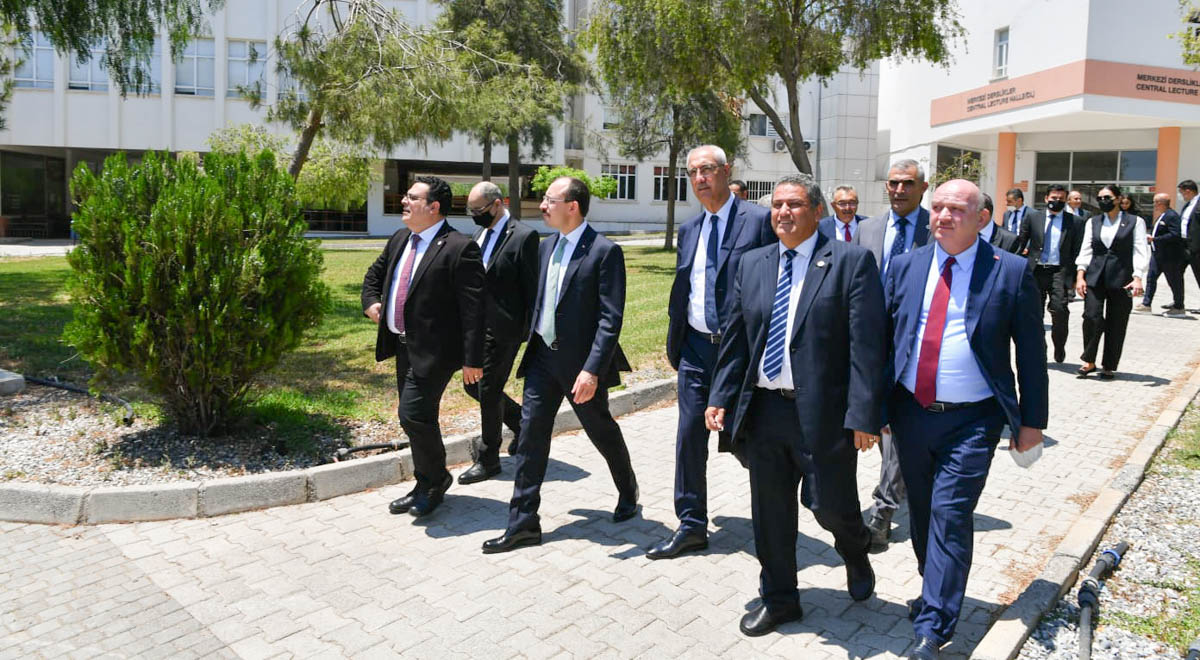 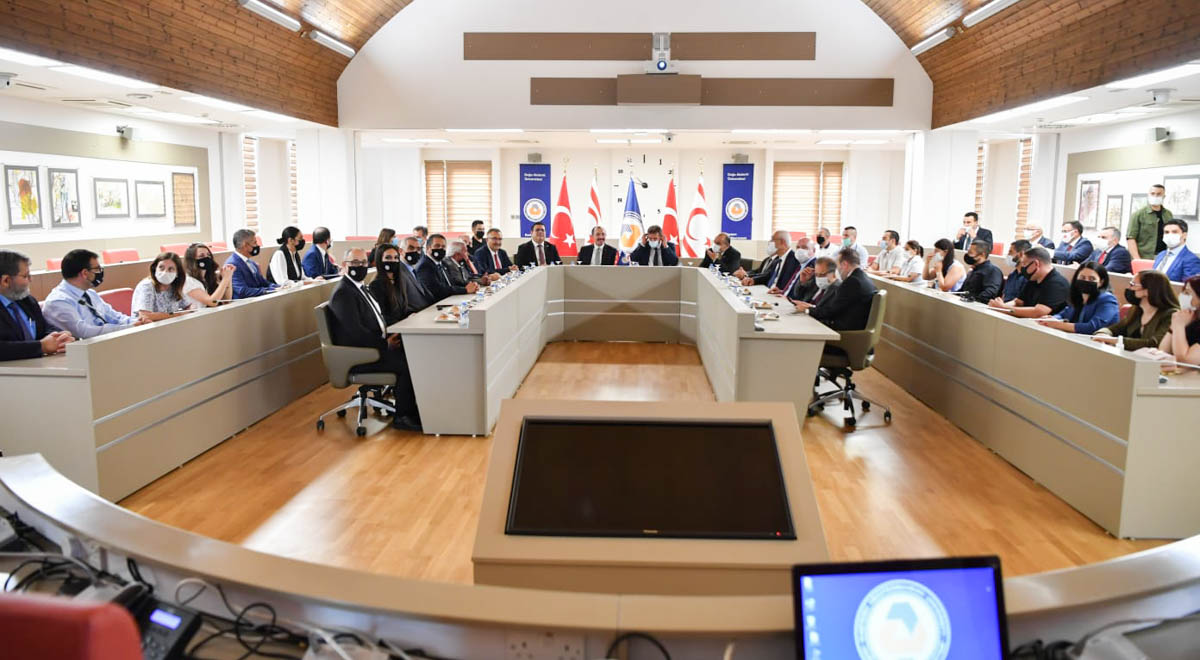 “We Are Proud Of Our Honorable Minister”

Delivering the opening speech of the meeting, EMU Rector Prof. Dr. Aykut Hocanın thanked the Minister of Commerce of the Republic of Turkey Dr. Mehmet Muş, who is also a graduate of EMU, for his visit and provided information about the history of the university and as well as the developments in the university after Muş's graduation. Prof. Dr. Aykut Hocanın, “We are proud of Minister Muş. We are extremely happy that he honored us with his visit.” EMU Board of Trustees President Dr. Erdal Özcenk also stated that EMU has graduated a President, a Prime Minister and Ministers and added “We welcome you to your home. Our doors are wide open for your future visits”. 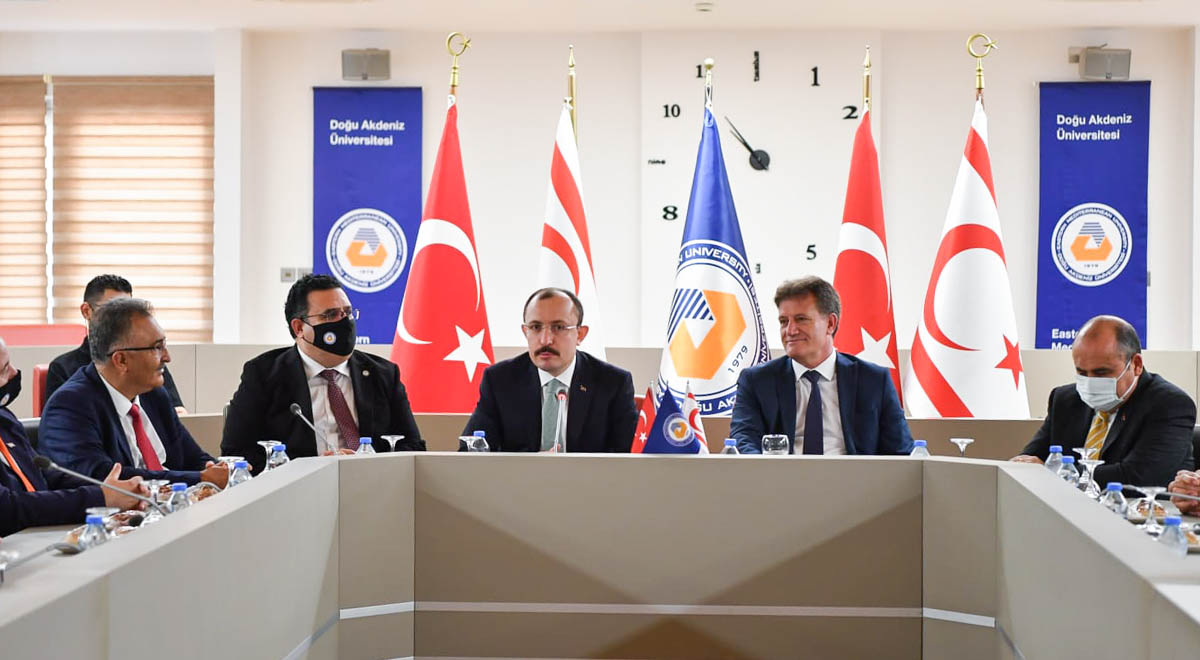 “EMU Is One of the Leading Institutions of the Country” 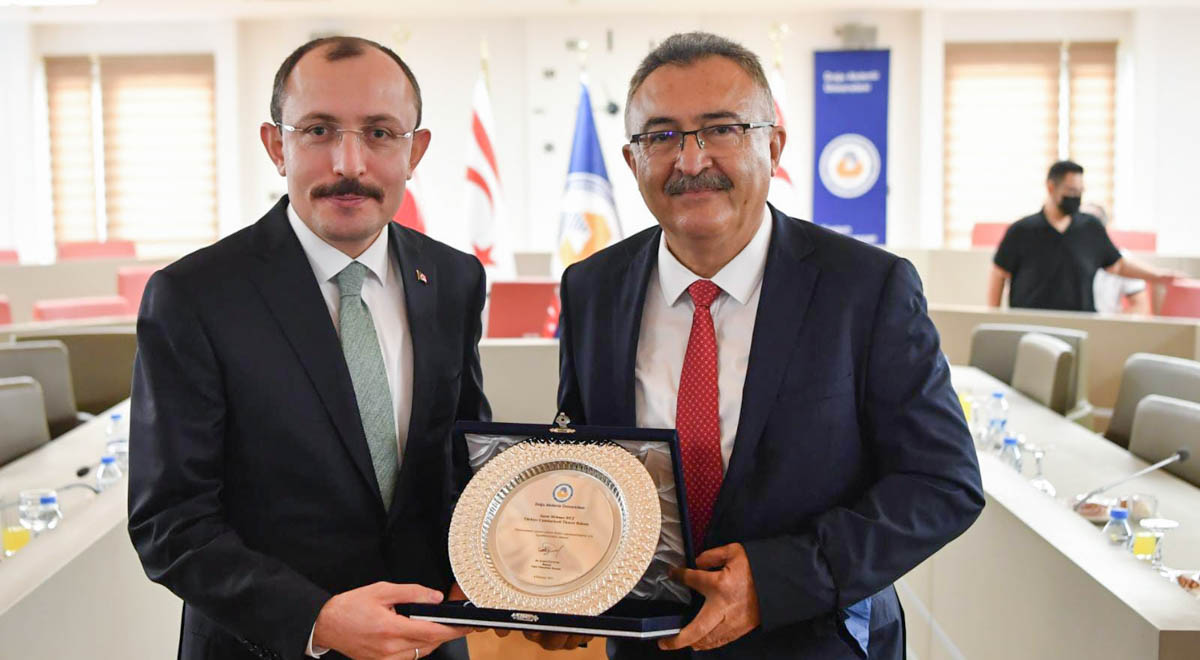 After the speeches, EMU’s Promotional Film was screened. Afterwards, Minister Dr. Muş talked with his term friends and professors and shared his memories at EMU. To mark the visit, EMU Board of Trustees President Dr. Erdal Özcenk and EMU Rector Prof. Dr. Aykut Hocanın presented Dr. Mehmet Muş a plaque. Following the meeting, a campus tour was organized for Minister Dr. Muş, who visited his faculty and received information about the campus.

The visit ended after a lunch organisation held at the EMU Beach Club.

Dr. Muş was born on 01.05.1982 in Trabzon Sürmene. He graduated from EMU Business and Economics Faculty, Business Administration Department. He holds a master’s degree in Economics from Washington State University School of Economic Sciences. He worked as a Budget Planning and Reporting Specialist in the private sector. He completed his PhD in Economics at Marmara University, Department of Economic History. 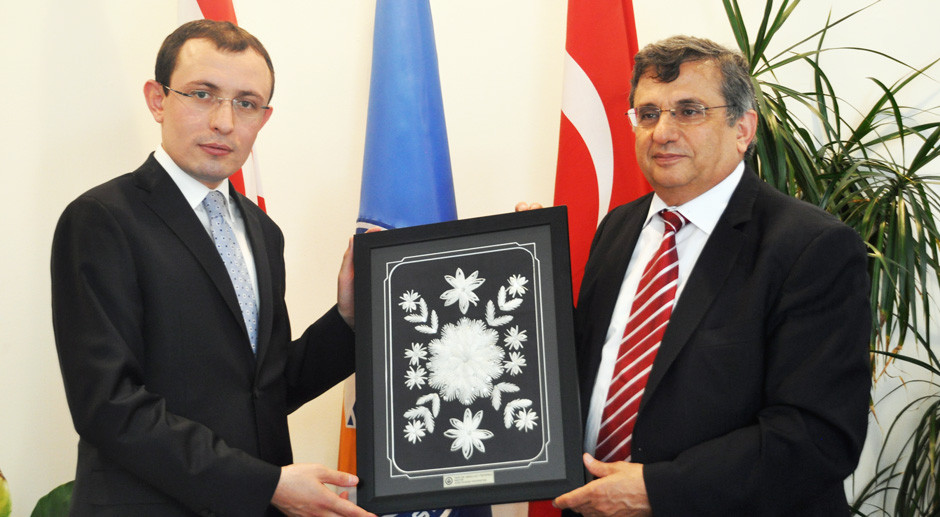