Minister of Higher Education of Northern Iraq Regional Government Dr. Pishtiwan Sadiq and his team arrived at the Turkish Republic of Northern Cyprus with a private jet upon the invitation of the TRNC Ministry of Education and Eastern Mediterranean University on 26 February 2015.

In his opening address, Prof. Dr. Osam stressed that EMU is hosting very important guests and thanked Minister Dr. Sadiq and his team for their visit. Giving information on prospective collaborations with Northern Iraq,  Prof. Dr. Osam put forth that Eastern Mediterranean University will do its best to establish stronger bonds with the aforesaid government.

Following Prof. Dr. Osam, Minister Dr. Sadiq expressed his pleasure in visiting the TRNC and thanked everyone for their hospitality. Dr. Sadiq added that they are aware of EMU’s international standards and its recognizable place in the world rankings. Receiving detailed information on EMU from EMU Rector Prof. Dr. Necdet Osam and his team, Dr. Sadiq stated that they will be honored  to establish educational and administrative collaborations with EMU as it has a proven quality at the international arena. Dr. Sadiq added that they have have taken an important step by visiting EMU and they will visit EMU more frequently.

Following the speeches, the visiting group watched EMU Promotional Film and received detailed information about EMU from Vice Rector for Promotion Prof. Dr. Hasan Amca, who stated that EMU commenced its educational activities in 1979 with 150 students and now boasts around 19.100 students from 98 different countries. Prof. Dr. Amca also put forth that the most important targets of the university are internalisation and accreditation and the university has achieved these at a large extent. Prof. Dr. Amca also provided information to the visiting group regarding infrastructural facilities, accreditations, social life, campus facilities and student profile.

Northern Iraq Regional Administration Minister of Higher Education Dr. Pishtiwan Sadiq will be visiting TRNC Minister of Education Dr. Özdemir Berova, TRNC Deputy Prime Minister Serdar Denktaş, TRNC President Özkan Yorgancıoğlu  and TRNC President Dr. Derviş Eroğlu on Friday, 27 February 2015. On the same day, at 3:00 p.m., Minister Dr. Sadiq will return back to EMU,  visit all faculties and facilities within the university and have meetings with deans. Dr. Sadiq and his team will leave the country on Saturday, 28 February 2015. 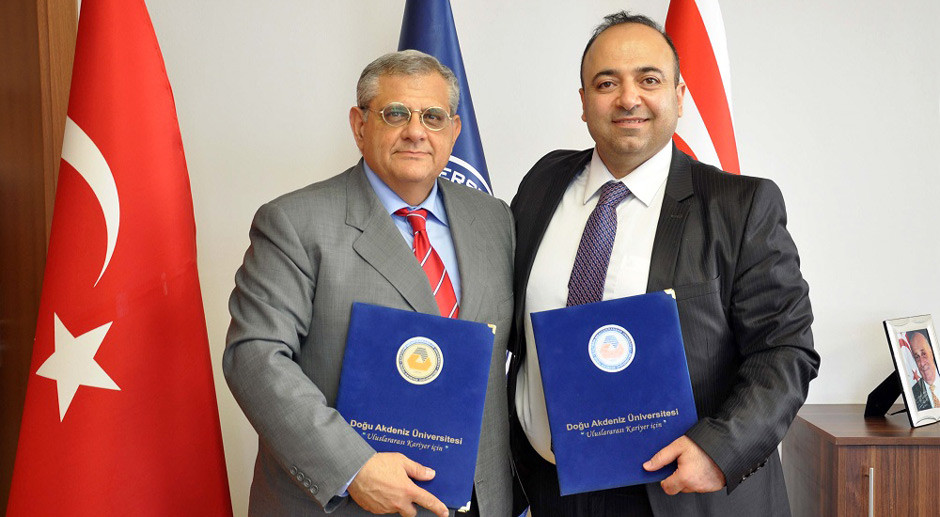