As part of his visit to Famagusta, Turkish Republic of Northern Cyprus, Minister of Tourism Faiz Sucuoğlu paid a visit to Eastern Mediterranean University on 16 October 2015. EMU Rector Prof. Dr. Necdet Osam organised a lunch event in honor of Minister Sucuoğlu at EMU Beach Club, where both parties exchanged information about a protocol which was previously settled between Ministry of Tourism and Eastern Mediterranean Cultural Heritage Research Center as well as tourism sites in Famagusta and ongoing and prospective projects of the Ministry of Tourism in Famagusta. 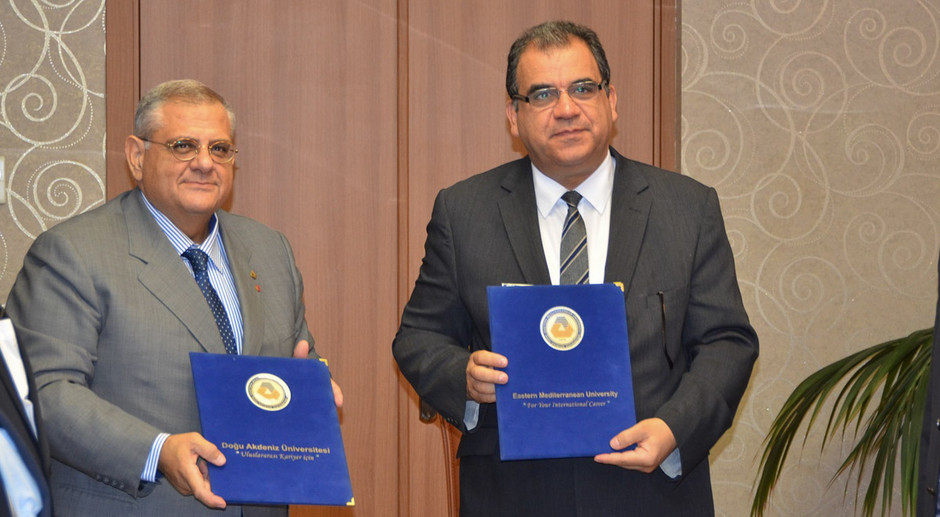 A Collaboration Protocol with TRNC Ministry of Health