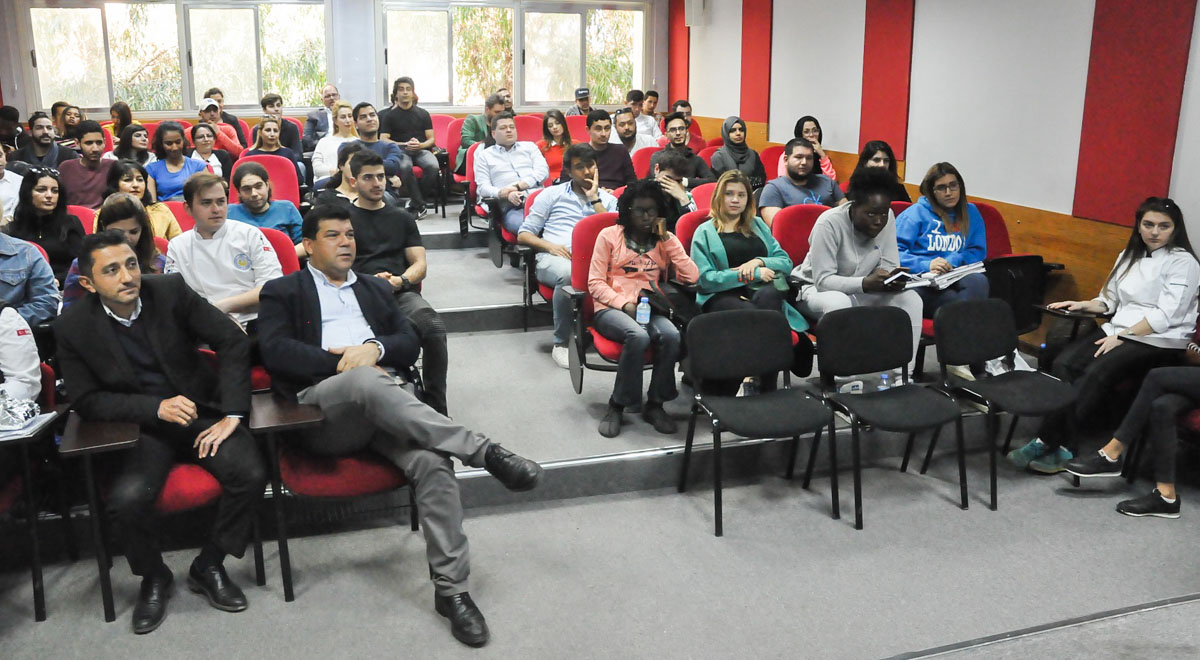 Sharing his experiences, Geçer noted that it was difficult for him to reach where he is today. Touching upon the importance of hard work, Geçer stated that Lufthansa has been around for approximately 60 years and that it will continue to grow and develop. At the end of the presentation which was attended by a large number of students, EMU Faculty of Tourism Dean Prof. Dr. Hasan Kılıç presented Geçer a plaque of appreciation. 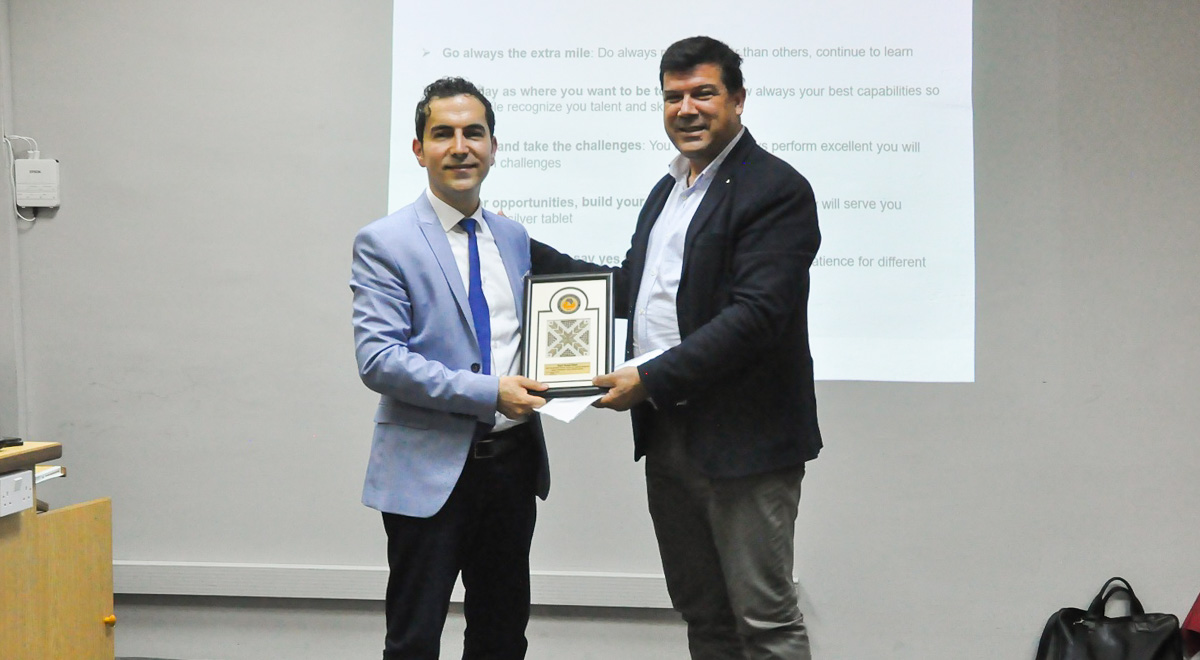 Who is Kemal Geçer?

Kemal Geçer was born on the 26th of December 1984 in Antalya. He graduated from the Schumpeter School of Business and Economics with a double Major in Economics and Business Administration. He started his professional career at the age of 18 as an entrepreneur in the telecommunication sector whilst he was continuing his education. During his university education he worked at start-up initiatives, in the sales department of Vodafone and as a project manager of sales channels in a famous marketing agency. He later gained experience in international mergers and an acquisition projects at MAYLAND AG and Deloitte & Touche Corporate Finance in the field of corporate marriage. He worked for PriceWaterhouseCoopers as a strategy consultant in one of Germany’s leading DAX30 companies. In 2013, he was appointed to the position of General Manager of HEINE Medizin GmbH. Geçer successfully managed the reconstruction of the company in 20 countries including business development, branding,  the establishment of a sales network, supply chain management and human resources. Geçer is also the founder of the company European Turkish Business Center which provides consultancy for companies that want to expand to the European market. Since the 1st of October 2016 he is the General Manager of Lufthansa Group Turkey (Lufthansa, Swiss and Austrian Airlines). In 2017 he was selected as the most successful manager in Turcovision “Those Who Add Value to Turkey”.