Students from the Eastern Mediterranean University (EMU) Faculty of Health Sciences, Department of Physiotherapy and Rehabilitation finished third in a “Movement and Exercise in Physiotherapy” themed creative thought and project competition organized by the Egzersiz Atölyesi (Exercise Workshop) in Ankara.

The project of EMU 4th Year students Emine Betül Tufan and Alperen Şamil Çalışkan earned the right to compete in the final after passing the preliminary evaluation stage  of the event organized by the Youth Commission of the Sports Physiotherapists Association and a number of sponsors.  The final took place on the 25th of September 2016 and the EMU students finished in third place. 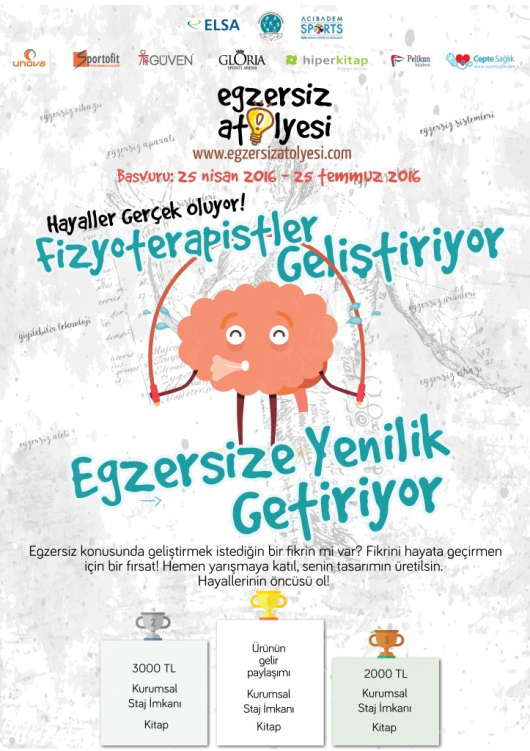 The students entered the competition by making improvements on a project they had made for as part of their “Occupational Therapy” class. The students who will be travelling to Şanlıurfa to attend the award ceremony on the 7th and 8th of October 2016 stated “It is important that physiotherapists’ considerations are valued and it is our greatest wish that such creative ideas can advance in terms of entrepreneurship and employment”. The students will be awarded their prize during the “Contemporary Approaches to Spine Health” symposium.