Within the framework of Eastern Mediterranean University, International Career Week, former goalkeeper of Beşiktaş Metin Akçevre shared his experiences in the field  of football in a conference entitled “Becoming a Professional Sportsplayer” organised by Health Sciences Faculty, Sports Sciences Department.

Stating that he played in a considerable number of football clubs within Turkey, Akçevre  added that football then was perceived as love since football players paid special attention towards friendship and team spirit. Akçevre put forth that currently, football players only play for money and directors, press and fans thrive on the violence originated from football. According to Akçevre, the quality of football as well as the viewers have drastically gone down in Turkey.

Akçevre put forth that the secret to becoming a professional football player is hard work. According to Akçevre, Europe gives importance to infrastructure, hard-work and discipline, all of which are rewarded by success. However, in Turkey the majority of the teams have collapsed due to lack of hard work. At the end of the panel, Akçevre answered questions coming from the audience. 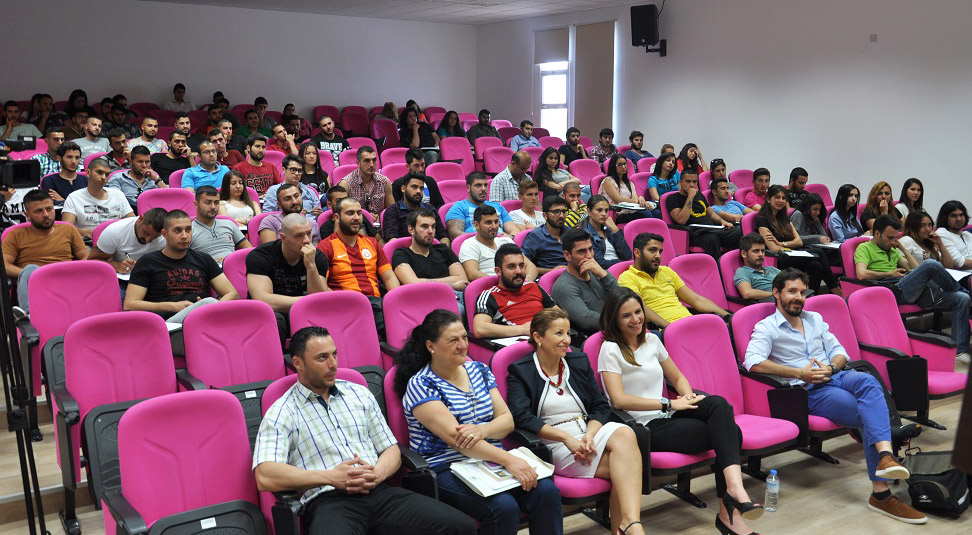