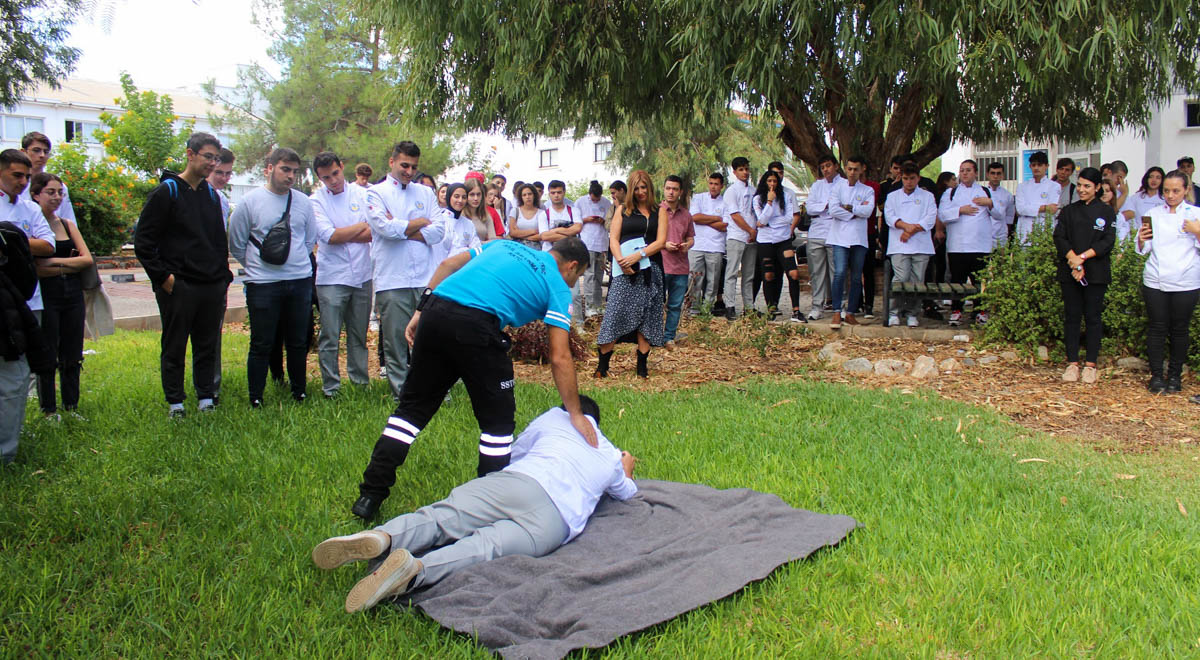 The seminar given by Hasan Özboltaşlı and Osman Demirli, both of whom are the trainers of the Turkish Republic of Northern Cyprus (TRNC) Civil Defense Organization, aimed for students to approach such incidents consciously within the scope of applied first aid training against incidents that may occur after accidents and emergencies. In the first aid trainings, how to intervene in cases of injuries and emergency health problems was illustrated in practice. It was stated in the seminar that first aid training should be expanded in order to minimize deaths and permanent injuries caused by accidents and injuries, and it was pointed out that 10 % of deaths occur within the first five minutes of accidents. 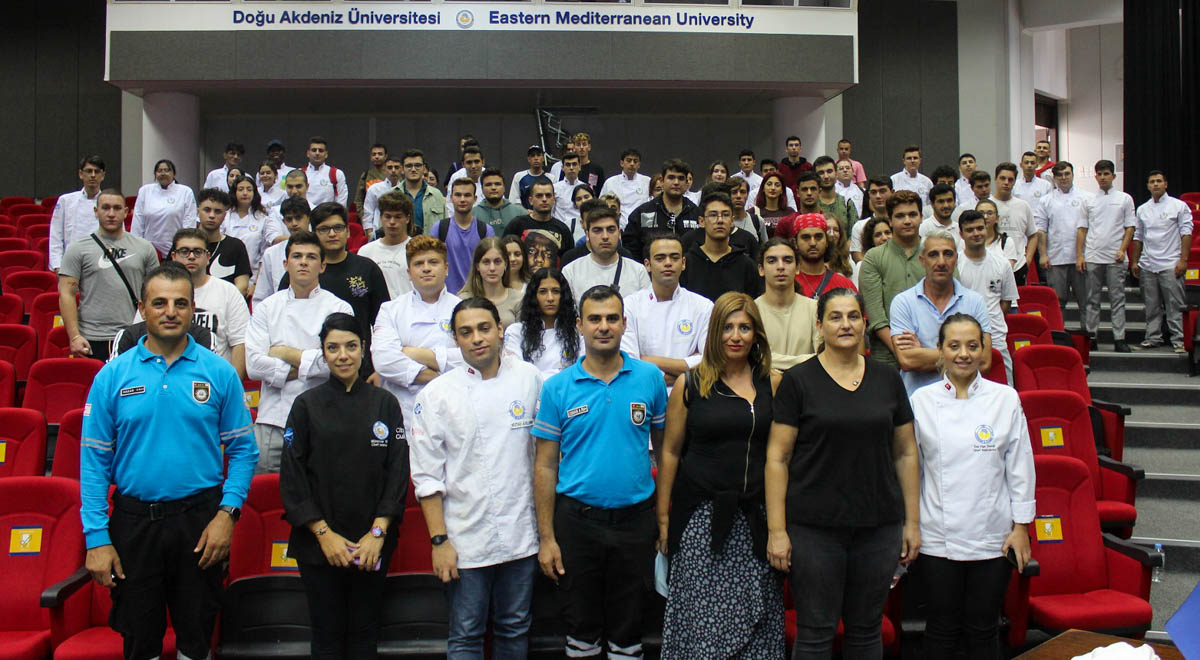 In the seminar, during which fire and firefighting techniques were also explained, after the theoretical training, a fire drill was held in the garden of the EMU Tourism Faculty in order to provide practice for students on how to respond to the fire. The fire, which was lit in a controlled manner by the TRNC Civil Defense Organization teams, was put out with fire extinguishers under the supervision of instructors.