Eastern Mediterranean University’s Faculty of Business and Economics is given a place by the Times Higher Education (THE) among the world’s top 250 reliable institutions (in the field of ‘Business and Economics’) in World University Rankings. The best university across the world, in the field of Business and Economics, was Massachusetts Institute of Technology (MIT) that outranked last year’s winner; Stanford University from the U.S.A. Turkish Republic of Northern Cyprus’s (TRNC) EMU was given first place among the Turkish universities. Turkey’s universities that made it among the top 500 were Bilkent, Boğaziçi and ODTÜ respectively. The Greek Cypriot Administration of Southern Cyprus (GCASC) reacted to EMU’s acceptance among international rankings and statements were made concerning the protests to be made by GCASC’s publishers and England. During this year’s rankings, TRNC’s state university EMU outranked GCASC’s state university, University of Cyprus. 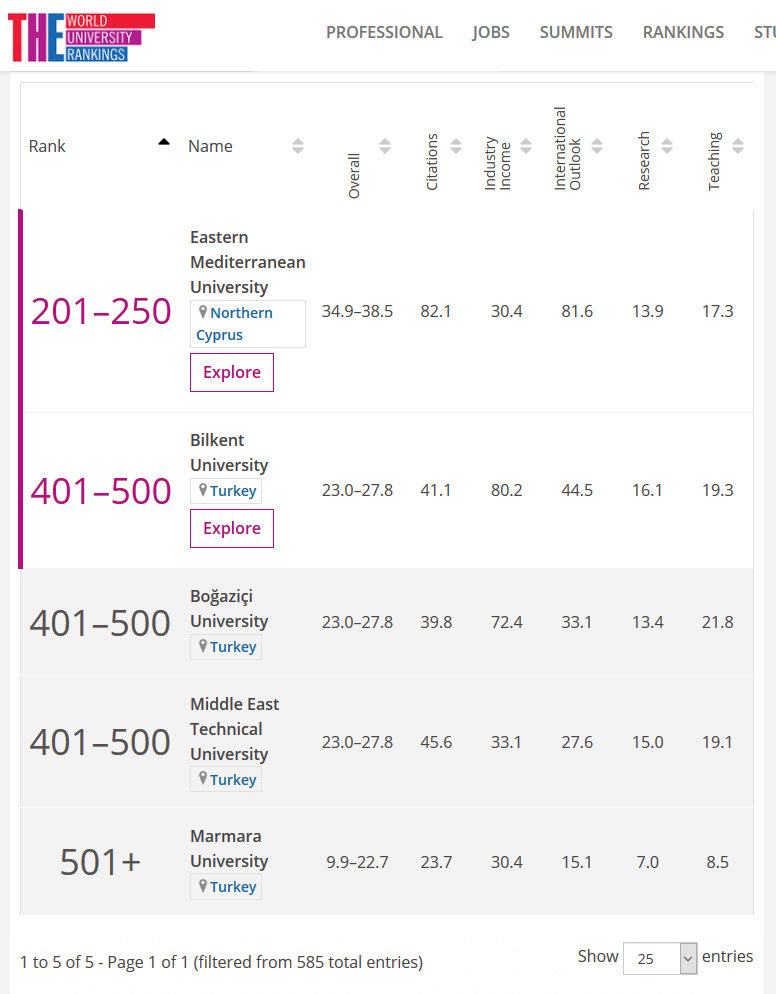 “The Results Have Filled Us with Great Pride”

During their evaluation in the field of ‘Business and Economics’, THE considers published references, sectorial incomes, internationalisation, research and education. Elsevier Publishing’s Scopus database is used for reference and research evaluation. EMU Rector Prof. Dr. Necdet Osam, especially emphasising on the fact that EMU is a developed institution with published references and internationalisation, said that the results filled them with great pride. Prof. Dr. Osam underlined the importance for universities to go beyond than simply aiding its students in getting a profession; but also in being institutions that can educate able students who can adapt and compete globally in fields that do not currently exist here. He said that this can only be achieved by an institutional culture based on constant research, prioritised development, free-thinking academics/students and innovation. Prof. Dr. Osam said that this is an achievement for the entire TRNC; he thanked the devoted EMU family and the general public who, despite the forced isolation and political unrecognition of TRNC, managed to form and develop a world-renowned university in Cyprus.