EMU-SAGM Unites Over 11 Thousand Turtles with the Sea

EMU-SAGM Unites Over 11 Thousand Turtles with the Sea

Eastern Mediterranean University Underwater Research and Imaging Center (EMU-SAGM) continues its fight against the coastal degradation which negatively affects many species. Within the İskele, Yeniboğaziçi and Famagusta Coastline Sea Turtle Tracking and Protection Project which is run by EMU-SAGM for the last 12 years with İşBank as the main sponsor of the project, 11,050 sea turtle hatchlings released to the sea. According to the information shared by the EMU-SAGM, the number of turtle nests located and put in protection within the last 6 months is 215. Unfortunately, 7% of the nests are destructed by vehicle movements at the beach. 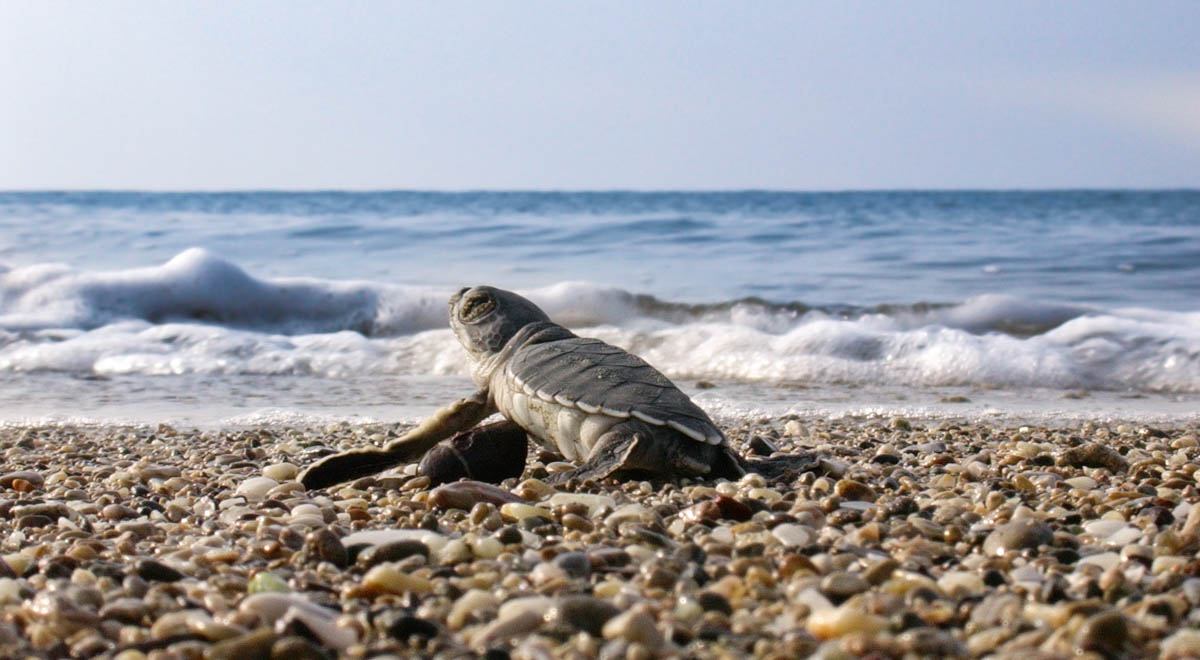 EMU Arts and Sciences Faculty, vice Head of Biological Sciences Department and EMU-SAGM vice chair Assist. Prof. Dr. Burak Ali Çiçek provided information on the activities and projects of EMU-SAGM and said: “Preventing the extinction of the endangered plants and animals living in the coastal area is possible with the effective use of the coastal areas. The coastal areas are not only home for many organisms which adapted the sea and/or terrestrial conditions but also are popular areas for human-use within the island life. As observed in all other Mediterranean countries, coastal degradation can be seen significantly in our country as well. The species that is most negatively affected by the coastal degradation is the sea turtles”. 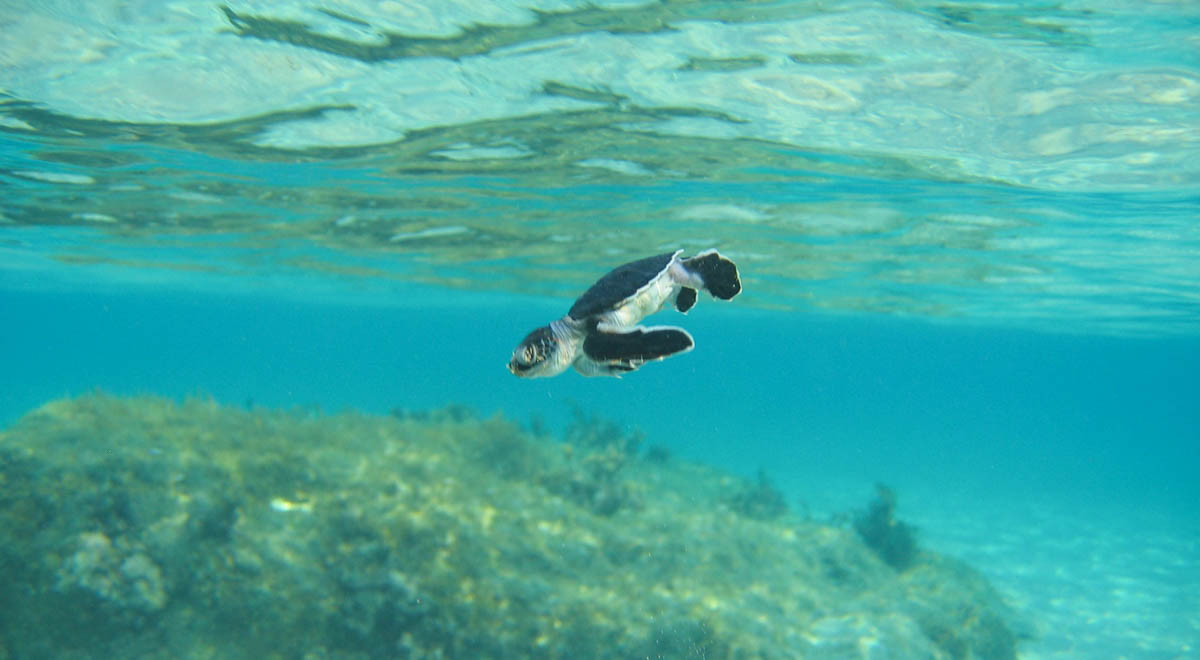 “Protecting all kinds of Species and Natural Beauties”

Underlining that sea turtles, especially Caretta Caretta and Chelonia Mydas species, which became the symbol of Cyprus, are under protection among the natural heritages of the island, Assist. Prof. Dr. Burak Ali Çiçek continues his words by saying: “Moreover, our aim in the protection work carried out for such species is not only to protect the sea turtles but also to protect other species that share the same habitat and the natural beauties of the Turkish Republic of Northern Cyprus (TRNC). Within the scope of this goal, we as the EMU Underwater Research and Imaging Center (EMU-SAGM) have been continuing the İskele, Yeniboğaziçi and Famagusta Coastline Sea Turtle Tracking and Protection Project for the last 12 years with the permit we had been awarded by the Environment Protection Department operating under TRNC Ministry of Environment and Natural Resources”. 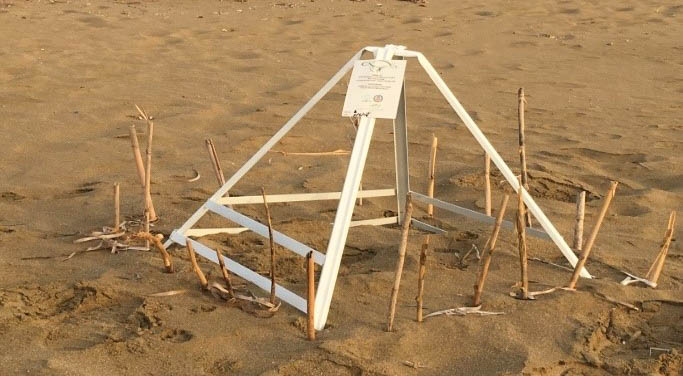 “%7 of the Nests Destructed by Vehicles Coming to the Coastline”

Assist. Prof. Dr. Burak Ali Çiçek stated that with academic staff member Hasan Deniz Akbora as the project coordinator, and the contributions of both native and international volunteers, the project has been successful for the last 12 years. Assist. Prof. Dr. Çiçek’s statement continues as follows: “Even though the new circumstances arose from the pandemic conditions, protection work successfully resulted at the end of September 2020. The work conducted in 2020 are sponsored by İşBank. Informative signboards are also put in the areas of work by the support of İskele, Yeniboğaziçi and Famagusta Municipalities as well as the contributions of EMU Technical staff members”. 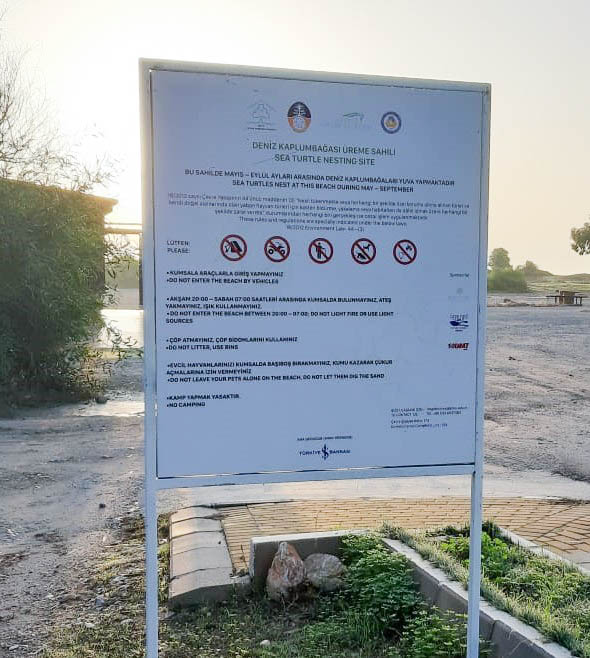 Total of 215 turtle nests have been located within the 6-month long working period and, are put into protection. 7% of the nests are destructed by the vehicle movements in the coastal areas. Unfortunately, 8% of the nests could not be saved due to the water floods as a result of their locations being on tidal zones. 4% of them were destructed by animals such as dogs and foxes. 80% of the nest that were under protection were monitored, hatchings were tracked and baby turtles were guided to the sea if there was a need for help. Total of 11,050 sea turtles hatchlings were released to the sea”. 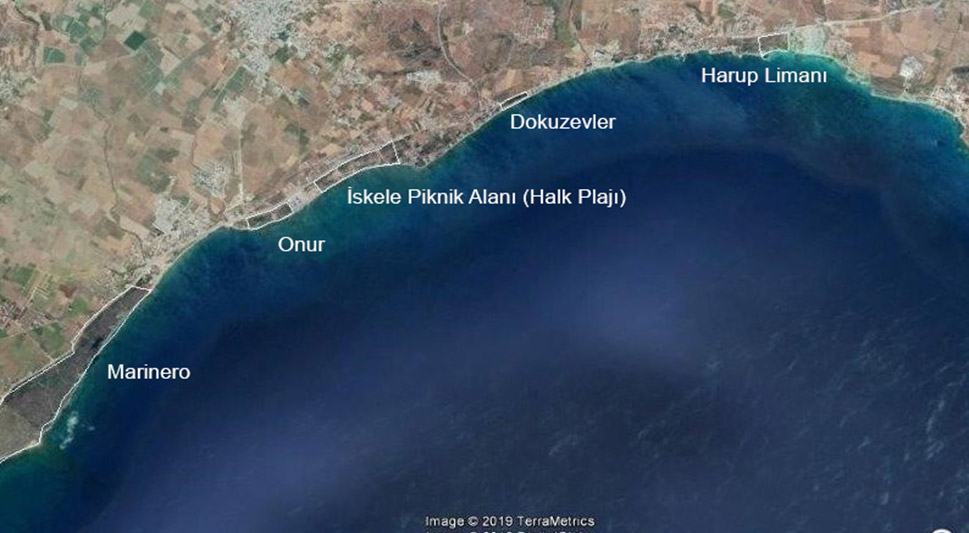 EMU-SAGM Director Assist. Prof. Dr. Burak Ali Çiçek stated that the center, which was established in 2007, is to continue its work in areas such as sea, lake, wetlands and all other aquatic systems on both national and international levels. 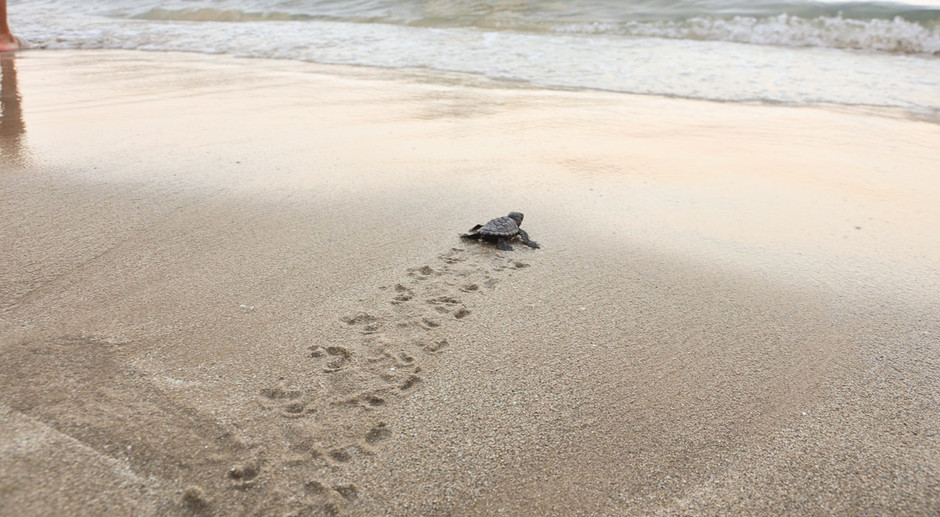 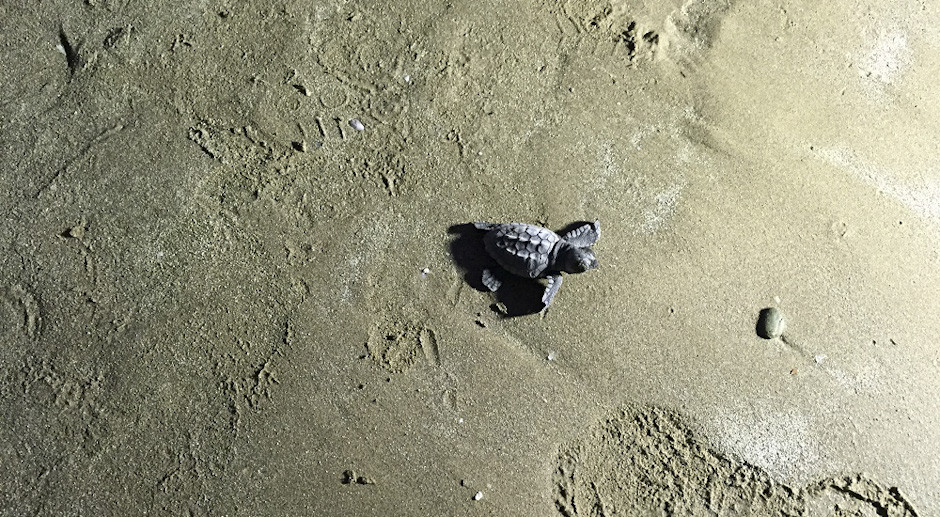 Baby Caretta Carettas Were Released to the Sea