Students who gained admission to the 2017-2018 Academic Year Spring Term Student Exchange Program have started to arrive at EMU. Speaking with the first group of students that arrived at the university within the scope of the Student Exchange Program, EMU Rector Prof. Dr. Osam indicated that they are very pleased to see them at the university. Prof. D r. Osam stated that EMU is a world university as a result of the academic and social environment it provides and underlined that exchange programs with many international universities is the best indicator of this status. The exchange programs that have been taking place for over 10 years with the concept of “cultural exchange- living local” have been contributing to the cultural promotion of EMU and the Turkish Republic of Northern Cyprus (TRNC). Prof. Dr. Osam stated that he views the students participating in the program as ambassadors and wished the students luck at EMU and throughout their academic lives.

Raphael Gröspeck who was accepted to the program from Australia stated that he carried out a lot of research before coming to EMU. He listed the factors that led to him to choose EMU as the university’s high international ranking, its multicultural environment, the convenience it provides as a result of being a campus university and the recommendation of his own university as well as the natural beauty and climate of the island. EMU Vice Rector for International Affairs and Promotion Prof. Dr. Cem Tanova and EMU Exchange Program Manager Cemal Kılıç were also present during the said meeting. 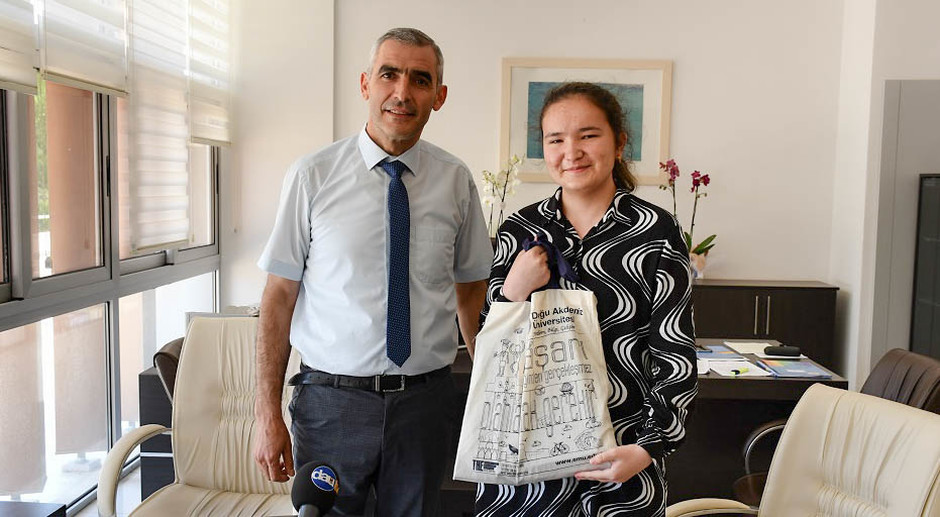