Being in New York as a visiting scholar within the scope of the prestigious scholarship program, Fulbright, Eastern Mediterranean University (EMU) Faculty of Architecture, Department of Architecture academic staff members Assoc. Prof. Dr. Ceren Boğaç was granted the “Michael Hollander Award for Excellence in Architectural Drawing” for her “Nicosia Airport into a Gray Area” design project conducted within the framework of advanced architectural design studio. Acting as an architectural design studio instructor during the 2020-2021 Academic Year Spring Semester in New York Pratt Institute School of Architecture, Assoc. Prof. Dr. Boğaç created the “Urban Peace-Building Design Studio” based on the conflict zones. Assoc. Prof. Dr. Boğaç carried out the project together with the distinguished Professor Dagmar Richter. The studio aimed to reveal how and in what way public spaces will be designed to strengthen peacebuilding in conflict zones.

The awarded “Nicosia Airport into a Gray Area” project of EMU academic staff member was exhibited in New York. Providing training for 135 years, Pratt Institute “Michael Hollander Award for Excellence in Architectural Drawing”, has a worldwide reputation in architecture and art education, encourages future architects to not only create aesthetic images, but also to conceptualize the information-bearing aspects of the building and make it a part of the design. 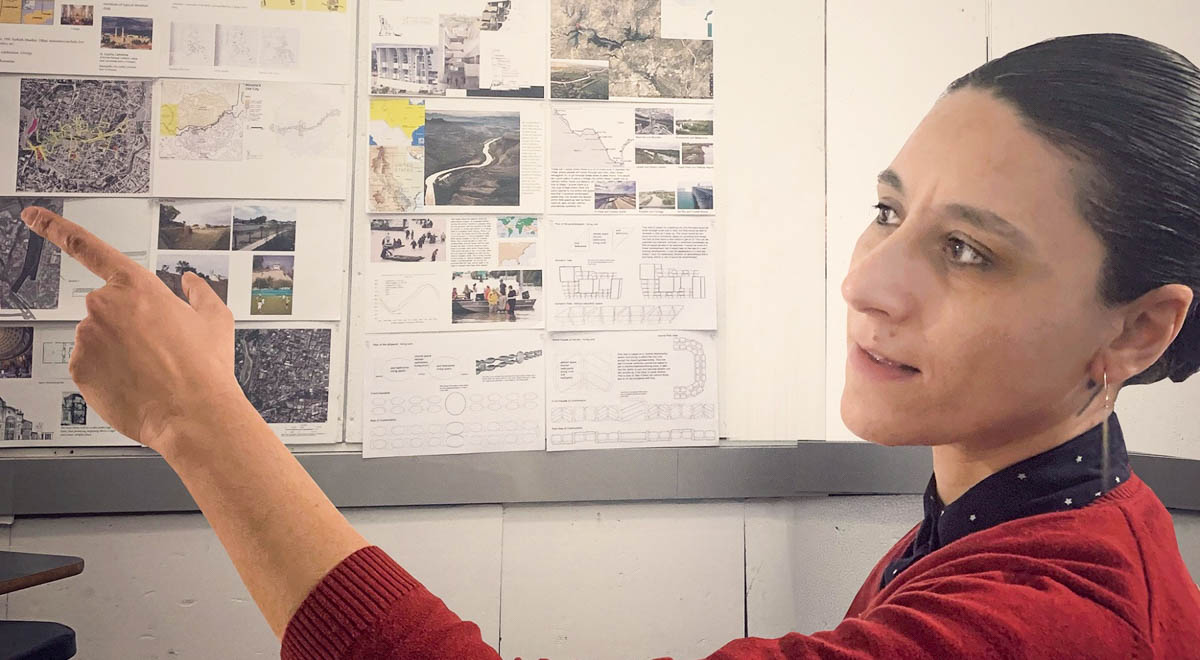 Successful Design Suggestions were made

Stating that the teaching environment in the “Urban Peace-Building Design Studio” class taught in New York is not only consisted of students from the USA but also student coming from various different parts of the world such as China, Russia, South Korea and Philippines and, therefore is a place where intercultural dialogues are created, Assoc. Prof. Dr. Boğaç stated; “I am so happy to be given a chance to transmit my experience in design within conflict zones to a global community and negotiating possibilities to design a community bridge in Cyprus. I would also like to thanks once again to my institution Eastern Mediterranean University for their support and U.S. Embassy Cyprus, Pratt School of Architecture for this opportunity”.

EMU Architecture Faculty academic staff member Assoc. Prof. Dr. Ceren Boğaç believes that how or what to design in a conflict zone has become a global problem rather than an individual problem in the modern world order, where we are faced with different conflict typologies every day, and in this context, she collaborated with the distinguished Professor Richter of Pratt Institute for an urban peace-building design.

Within the scope of the architecture studio course titled “Destroy the Wall! Yay to the Wall!”, the students were asked to choose a buffer zone between two areas divided by political, military and religious conflicts as their project area. Stating that Ii the studio where students were invited to design spaces that would act as community bridges for these regions, they tried to produce architectural paratics that could overcome the tradition of siege, exclusion and division by using the concepts of discontinuity, unexpected mutations, deformation and creating spaces, Assoc. Prof. Dr. Boğaç indicates that the themes that the projects focused on was borders, buffer zones, wall and militarized border zones.

The Gray Area Project inspired by Ceren Boğaç’s “Cyprus and Urban Peace-Building” seminars delivered in New York, proposes the abandoned Nicosia Airport in the buffer zone, a bi-communal worker cooperative that allows refugees to benefit from the market in exchange for employment and build temporary accommodation with recycled materials.

Fulbright Visiting Scholar program offers Cypriot academicians who hold a PhD degree to teach in USA universities, conduct advanced research or to do both simultaneously. Architect and academician Ceren Boğaç stated that Fulbright not only offers prestigious scholarship opportunities, but also offers the opportunity to be a part of a very productive and intellectual world community as well as a unique cultural exchange experience. 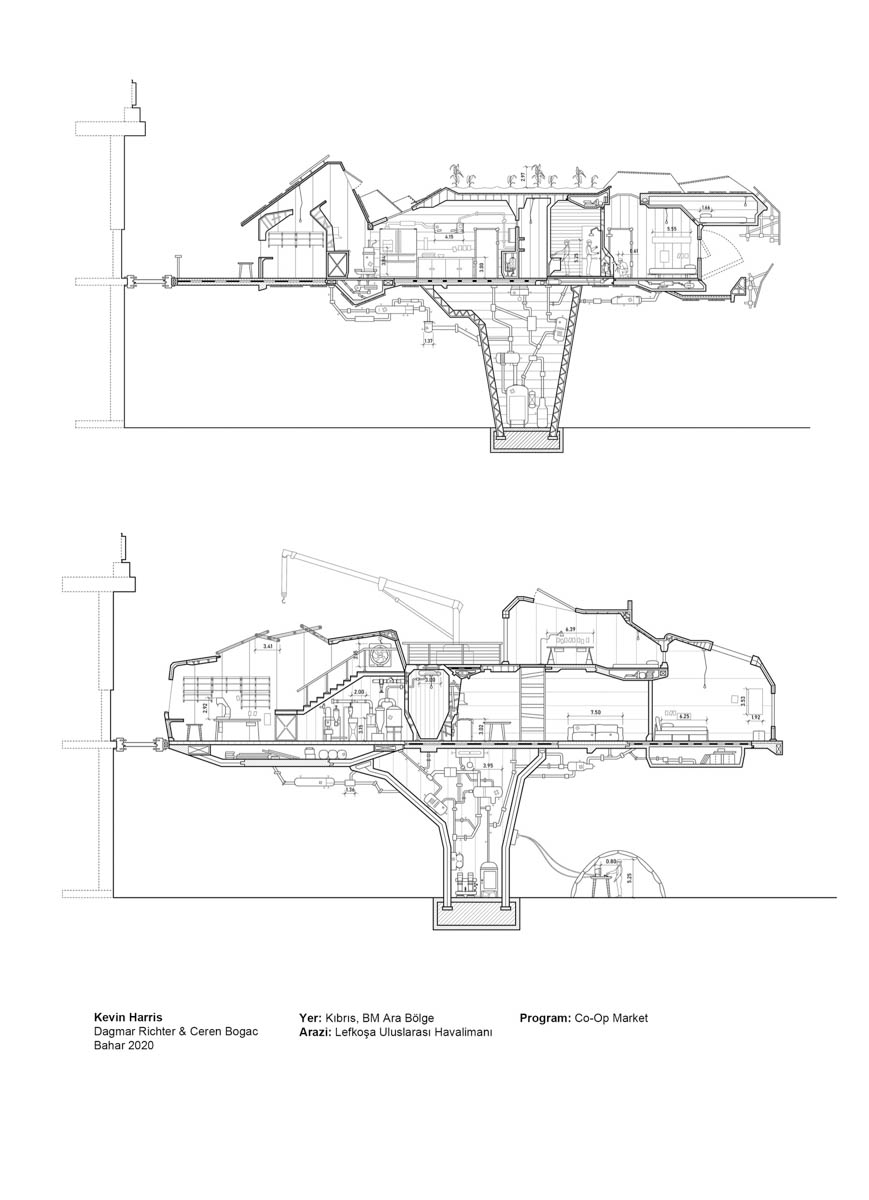 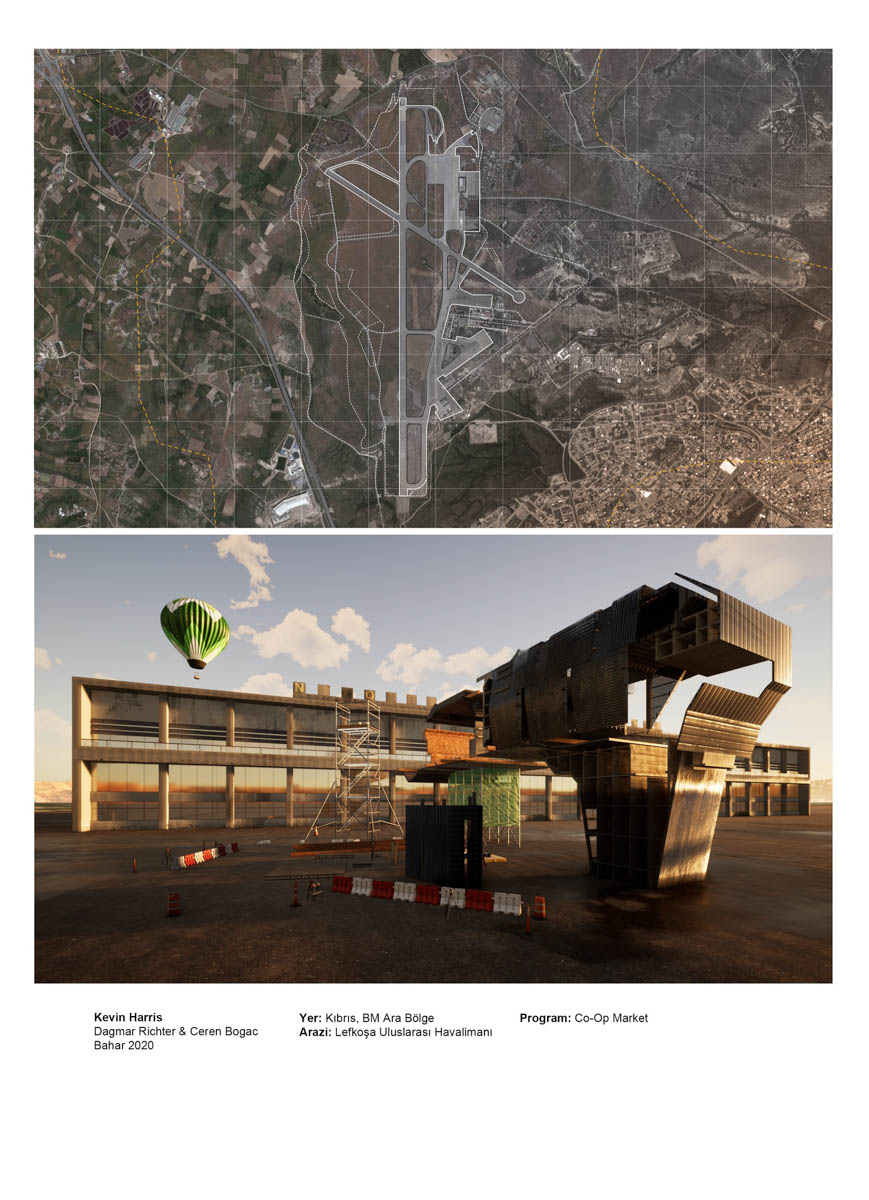