Eastern Mediterranean University (EMU) Faculty of Business and Economics, Department of Political Science and International Relations was visited by  Fahri Zihni, the chair of London based human rights group ‘Embargoed!’. In the seminar that took place in BEA4 Meeting Hall in the Faculty of Business and Ecomics Fahri Zihni, the chair of ‘Embargoed!’, made a presentation for the Faculty of Business and Economics academic staff and students regarding the actions of the group. Human rights group ‘Embargoed!’ aims to find a quick and unconditional solution for the international isolation of North Cyprus. Moreover, the group organizes campaigns towards the full restitution of Turkish Cypriots’ political, economic and social rights. Starting his presentation with a 2-minute long short video on the embargoes applied to TRNC, Fahri Zihni talked about the activities of the association starting from the date of establishment of ‘Embargoed!’ (2004). 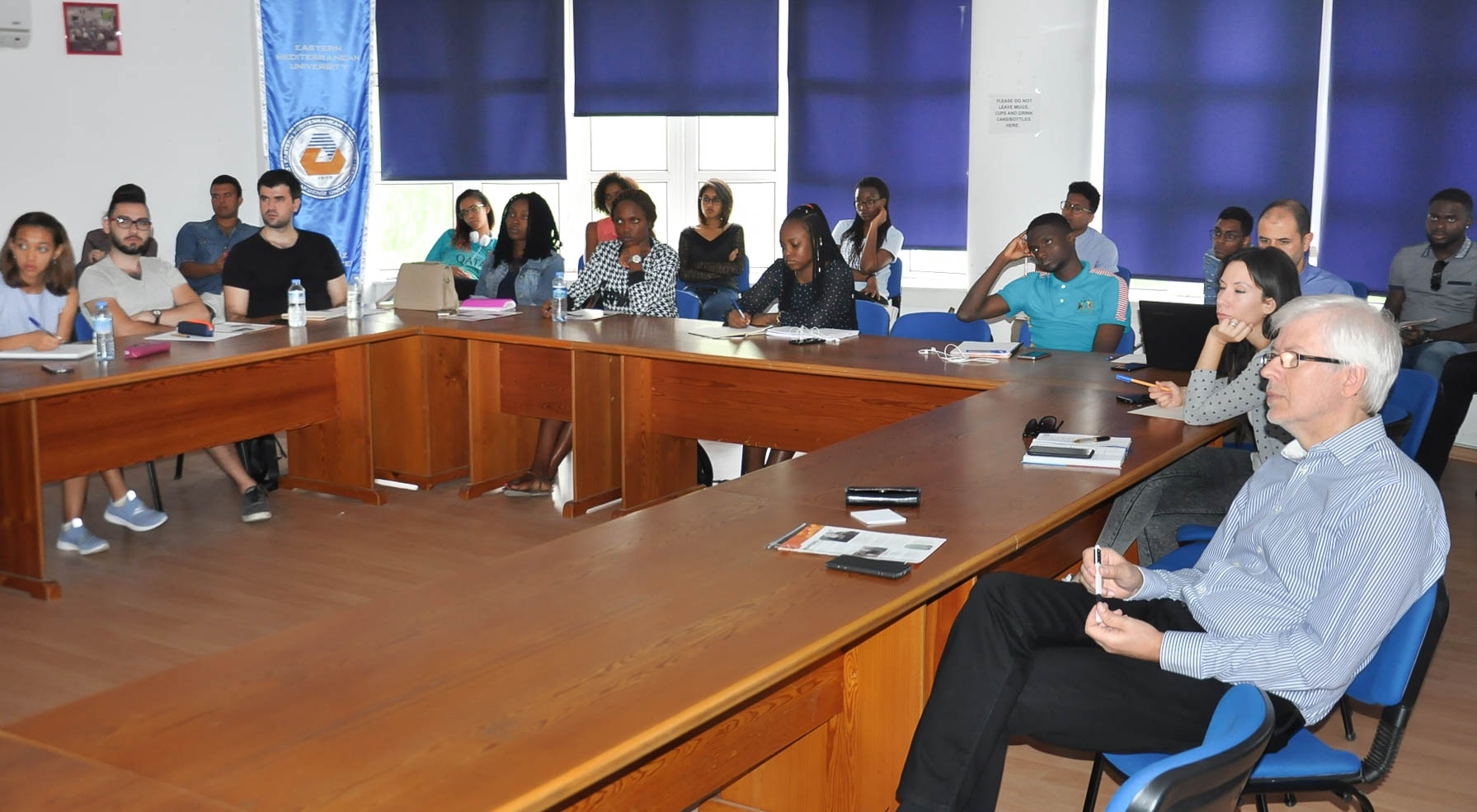 Stating the negative effects of embargoes applied on TRNC, Zihni also mentioned that ‘Embargoed!’ is determined to assert the rights of Turkish Cypriots. He added that the association is not in favour of earning such rights through the right of Greek Cypriots. Putting emphasis on the association’s dedication to reach an agreement on the history and present differences of Turkish and Greek Cypriots, Zihni indicated that one should stay away from the notions of racism and hatred by adding that there are laws regarding these notions in the UK. Furthermore Zihni stated that association is in cooperation with a private airline company on international flights. Touching on the embargoes imposed upon many athletes and obstacles posed by such embargoes in the participation in international competitions, Zihni stated that this matter is a huge injustice. EMU Faculty of Business and Economics students were highly interested in the presentation.