“Works of Art will be Preserved at EMU”

Speaking at the opening ceremony, Exhibition Curator Ayhatun Ateşin stated that they aim to reproduce the stories of the places that exist within the historical accumulation of Famagusta, a city that has hosted many civilizations. Ateşin stated that by bringing artists and students together at EMU, they both transfer their knowledge and experience to the students and create very valuable works of art. Ateşin emphasized that these works of art will be permanently preserved at EMU. Stating that the pieces of artwork exhibited have also been compiled in a book, Ateşin said that people will always live with the city and art with the people. 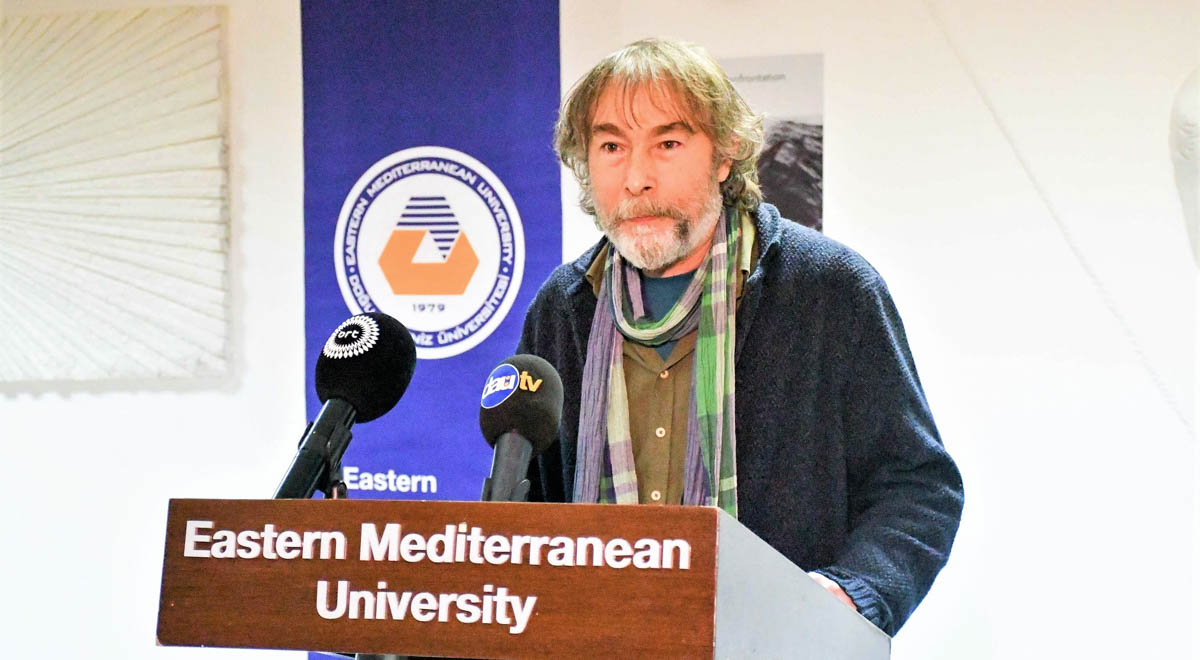 18 Mart Çanakkale University, Faculty of Fine Arts, Painting Department academic staff Assoc. Prof. Dr. Umut Germeç, who have made important contributions to the book and exhibition stated in his speech that the idea of permanent exhibition was reached from the way that was initially focused on education, and a very valuable collection has been obtained. Assoc. Prof. Dr. Umut Germeç thanked everyone who contributed to this accumulation, prevented it from being destroyed and turned into a book. 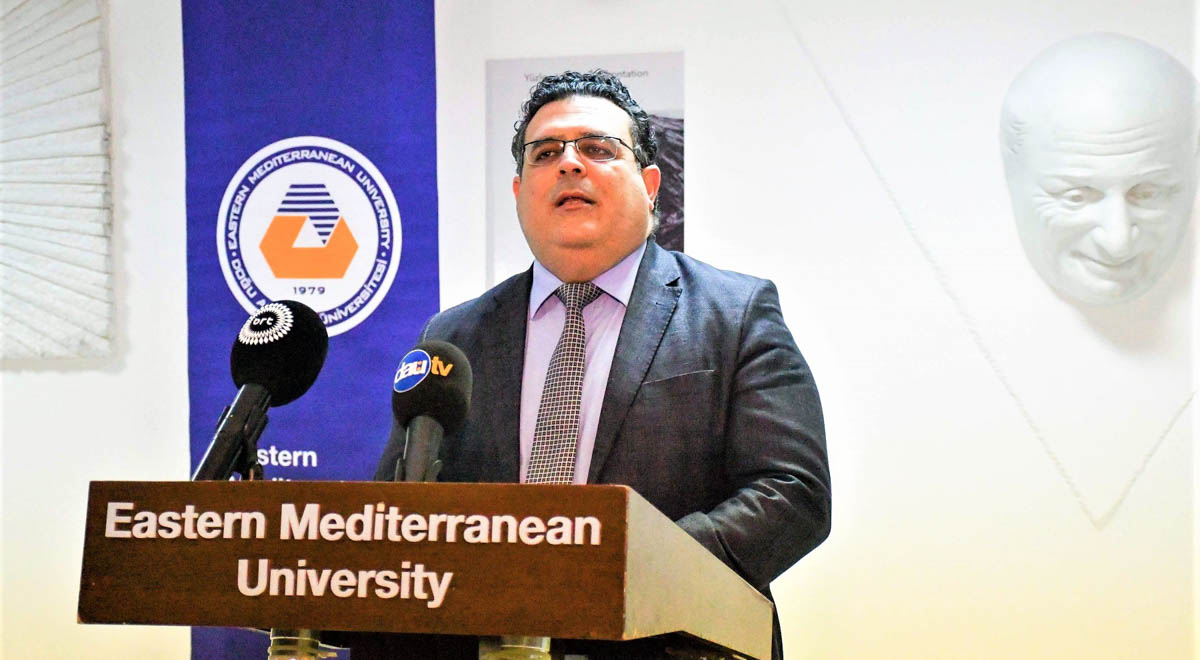 “EMU is Intensively Involved in Art”

In his speech, EMU Rector Prof. Dr. Aykut Hocanın stated that as a state university, EMU has always been a pioneer in education, research and community service, and that EMU has been intensively involved in art from the past to the present. Stating that these efforts will continue to be implemented one by one, Prof. Dr. Aykut Hocanın also drew attention to the importance of transferring the works of valuable artists to future generations in order to promote and protect the cultural wealth of Famagusta. At the end of his speech, Prof. Dr. Aykut Hocanın emphasized that EMU is aware of its responsibilities as the first state university of the TRNC. 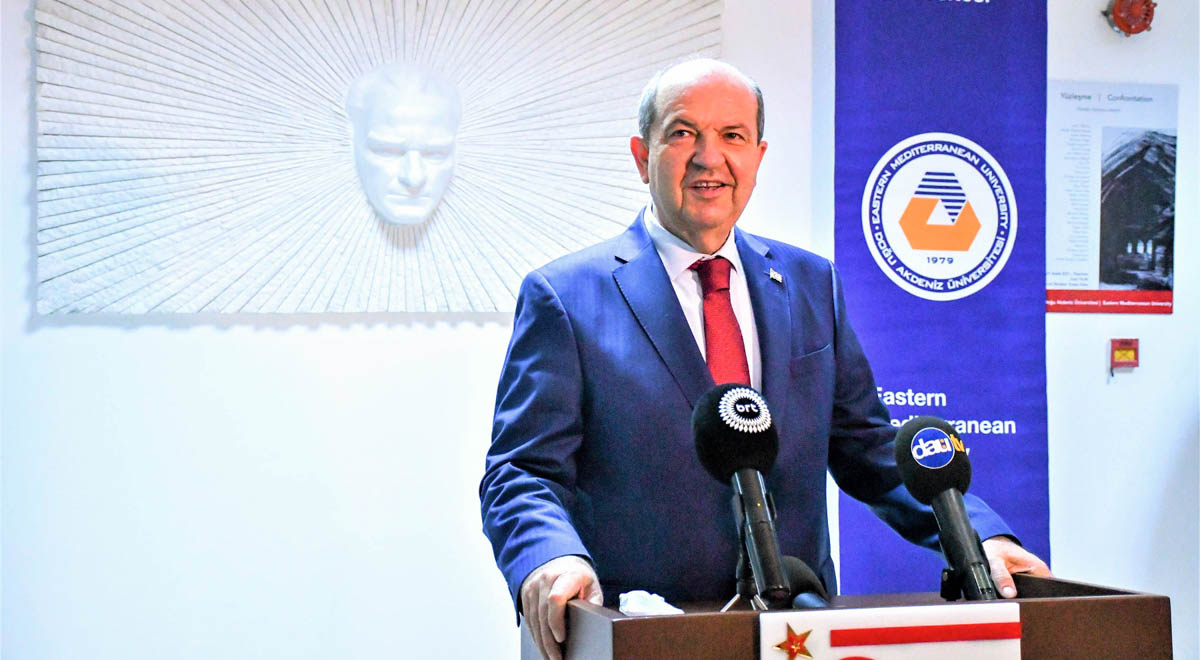 “Depicting the Beauties of the TRNC is an Asset”

In his speech, TRNC President Ersin Tatar stated that he is honored to inaugurate this special exhibition curated by Ayhatun Ateşin and noted that he has known Ayhatun Ateşin for many years. Stating that the artist has put her signature under many important exhibitions, President Tatar drew attention to the cultural and historical wealth of Famagusta and emphasized the privilege of getting education in Famagusta, a city that has hosted 7 civilizations in its history. “Our country is extremely pleased to have an educational institution in Famagusta that is well-aware of the value of historical wealth. Artists have a great role in conveying art and culture to future generations. Continuing his speech, President Tatar expressed his gratitude to those who contributed to the opening of the exhibition and the university administration, saying that depicting the beauties of the TRNC through the creativity, self-confidence and talents of the artists is the wealth of the TRNC. President Ersin Tatar concluded his speech by wishing that the year 2022 brings health and happiness to everyone. 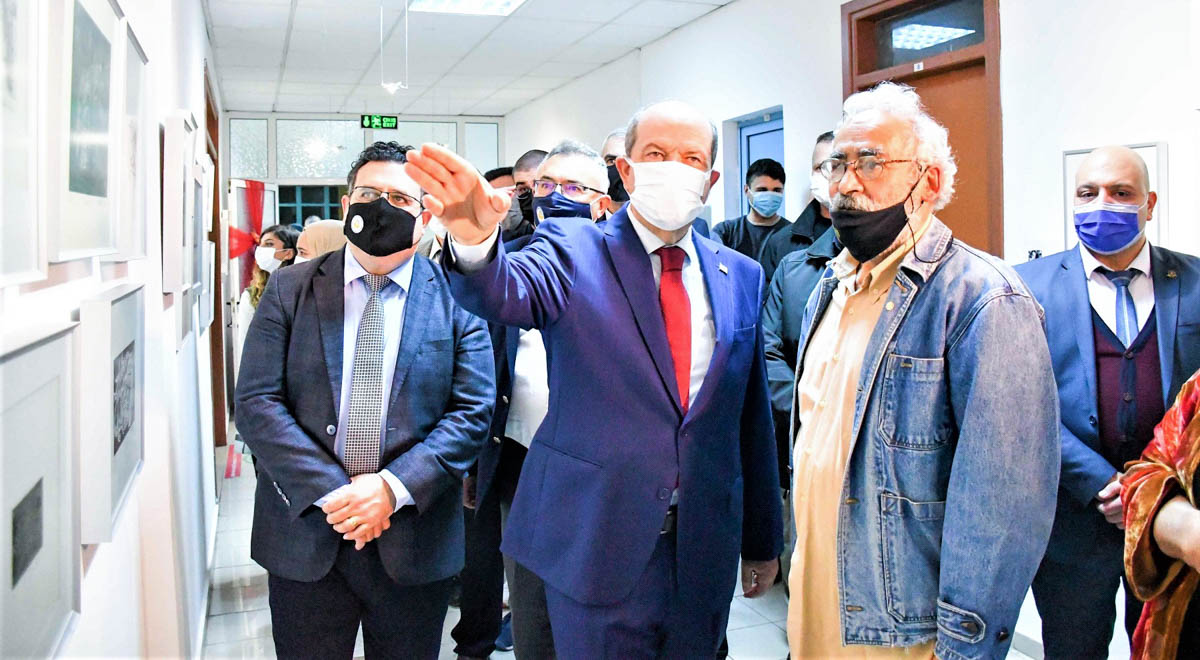 After the speeches, President Ersin Tatar  presented Ayhatun Ateşin, Assoc. Prof. Dr. Umut Germeç and Dr. Okan Dağlı a certificate of appreciation and a gift for their contributions to the development of the book “Contemporary Engravings of Famagusta”. President of EMU Board of Trustees Dr. Erdal Özcenk and EMU Rector Prof. Dr. Aykut Hocanın also presented certificates of appreciation and gifts to the artists who contributed to the exhibition with their works of art. After the opening ceremony, President Ersin Tatar visited the works of art displayed at the exhibition and received information from Ayhatun Ateşin and other artists about the exhibited artwork. President Tatar also signed the memoir about the event. 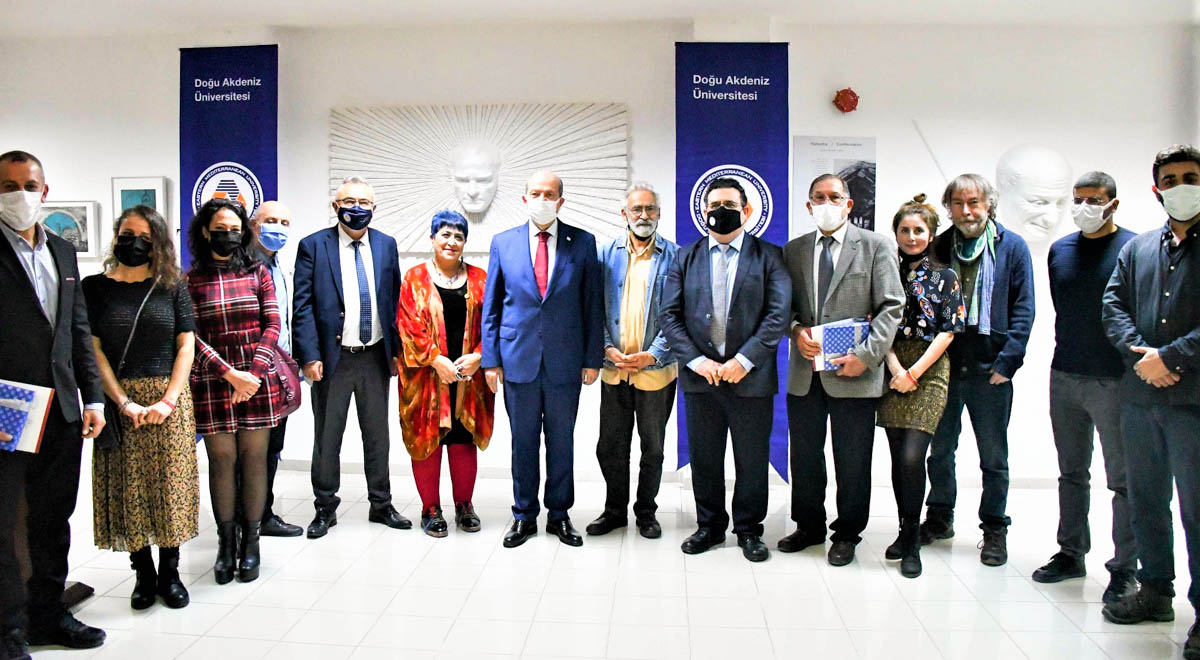 The exhibition, which emerged as a result of the ongoing activities since the 2000s under the titles of “EMU Art Gatherings”, “EMU Engraving Painting Workshops” and “EMU Art Triangle”, also featured the promotion of the “Book of Contemporary Engravings of  Famagusta”, an EMU publication. The exhibition can be visited at the EMU Activity Center Foyer Area during working hours on weekdays. 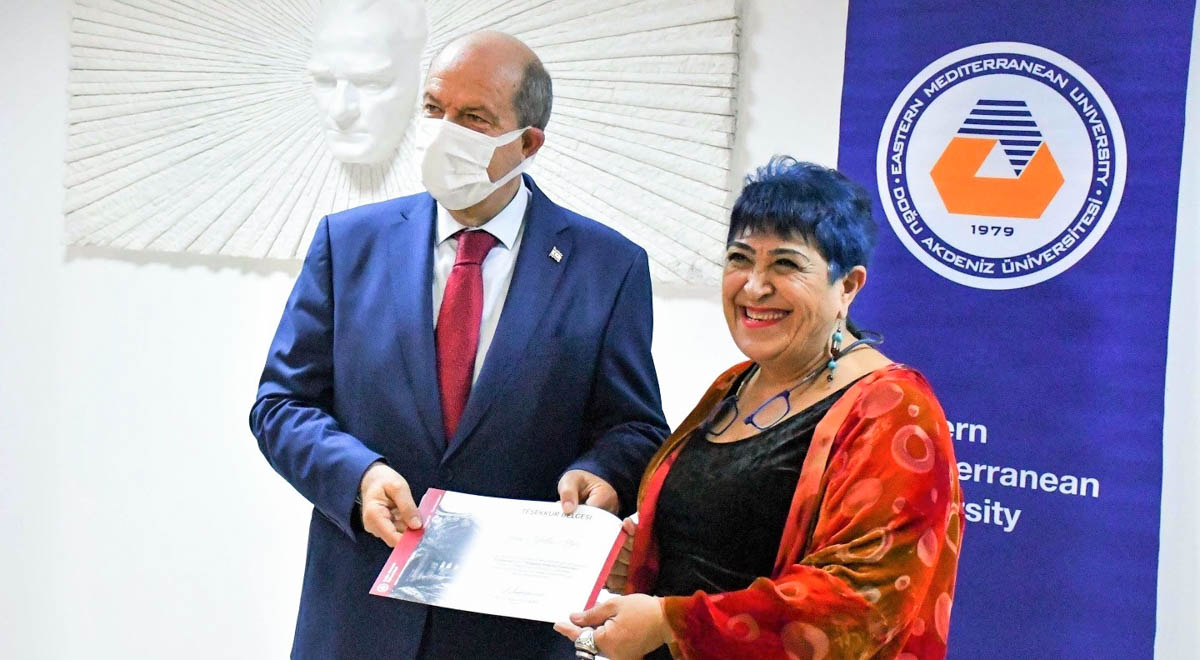 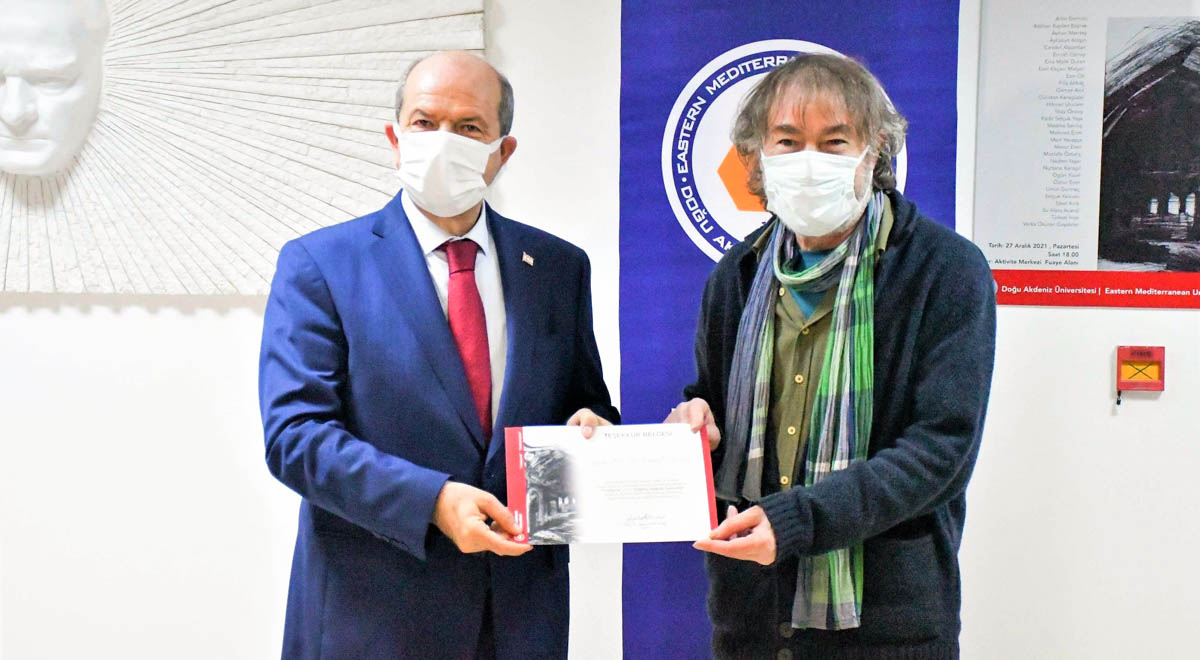 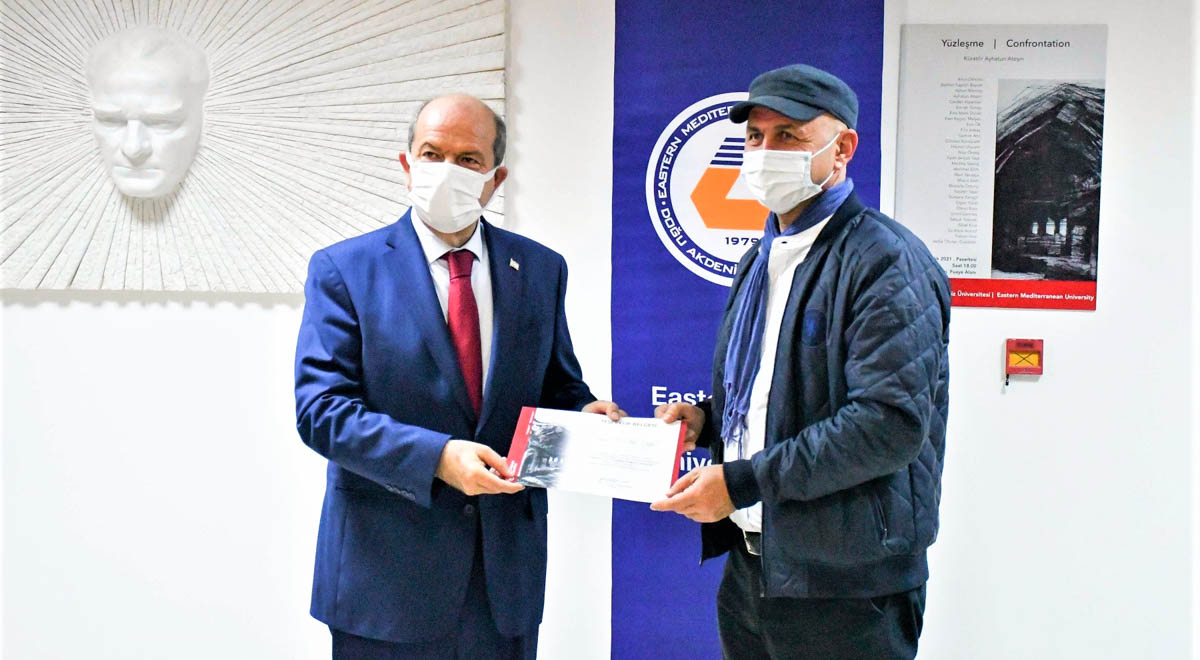 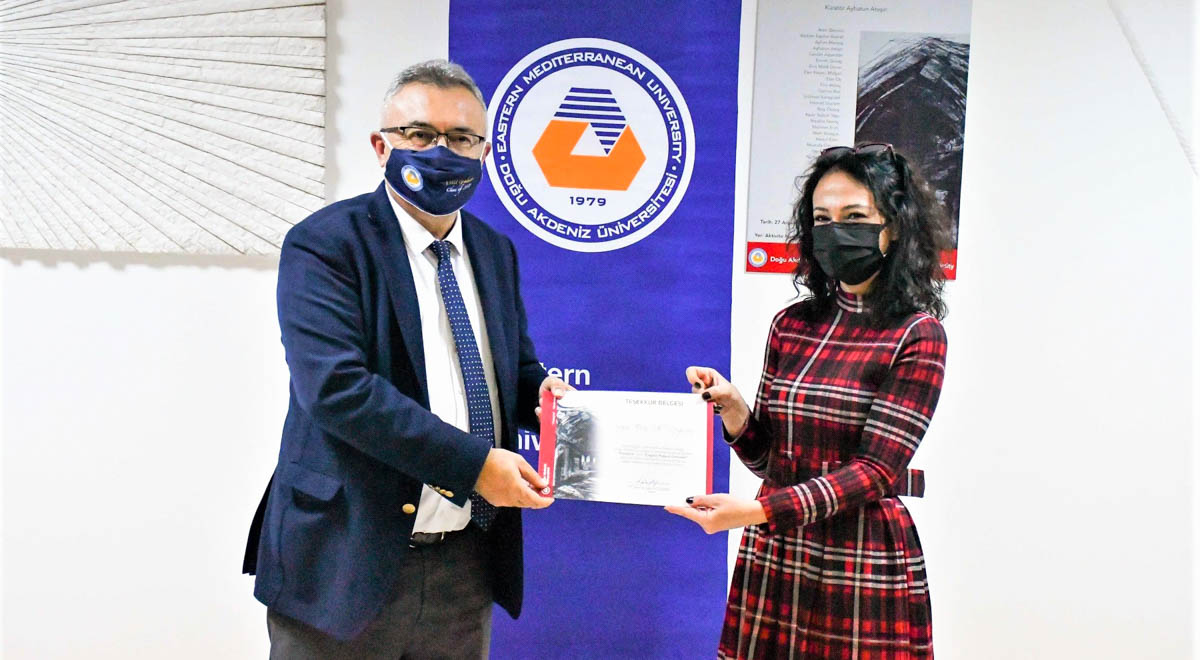 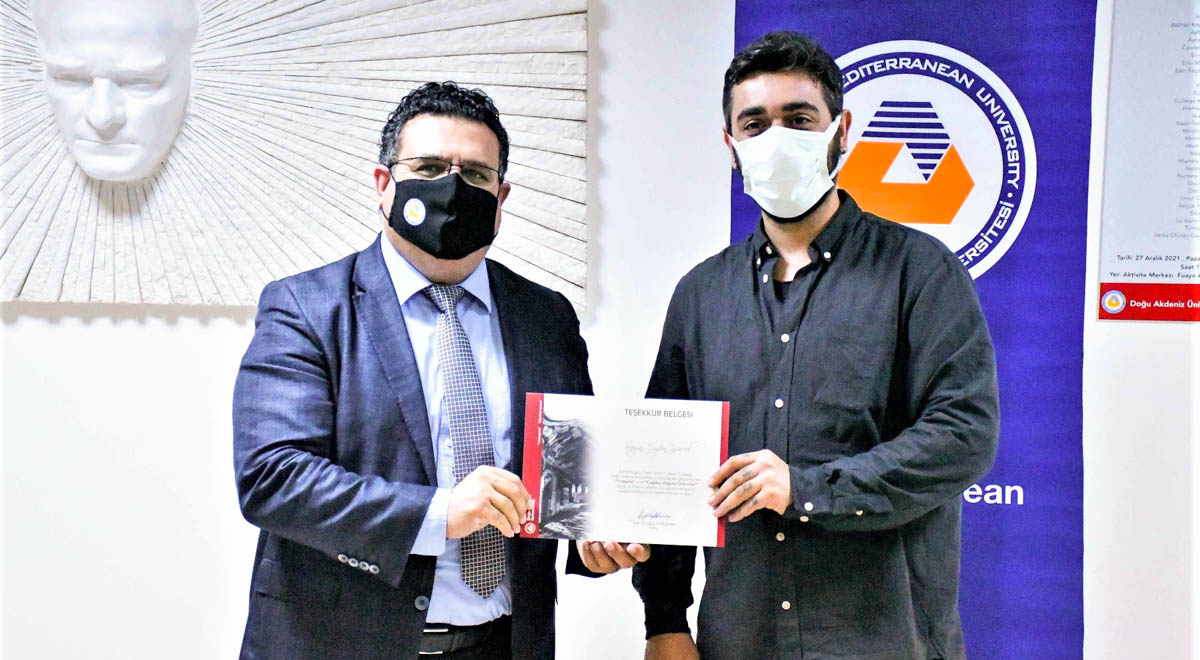