Congress of the International Society for Dialectology and Geolinguistics Continues

Congress of the International Society for Dialectology and Geolinguistics Continues

Prof. Dr. Osam added that the use of language is directly proportional with the world perception of an individual and also put forth that the congress will also contribute to Cypriot dialect. During his speech, Prof. Dr. Osam provided information about EMU and stated that EMU is TRNC’s center of science and education. Putting forth that accreditations carry special importance for EMU, Prof. Dr. Osam added that EMU has proven its quality to the world through international accreditations obtained from prominent organisations. Following Prof. Dr. Osam, Prof. Dr. Nurettin Demir delivered a presentation entitled “Globalisation, Standard Language and Dialects”. Following the lunch break at EMU Beach Club, the congress continued at EMU Central Lecture Halls at 2:00 p.m. 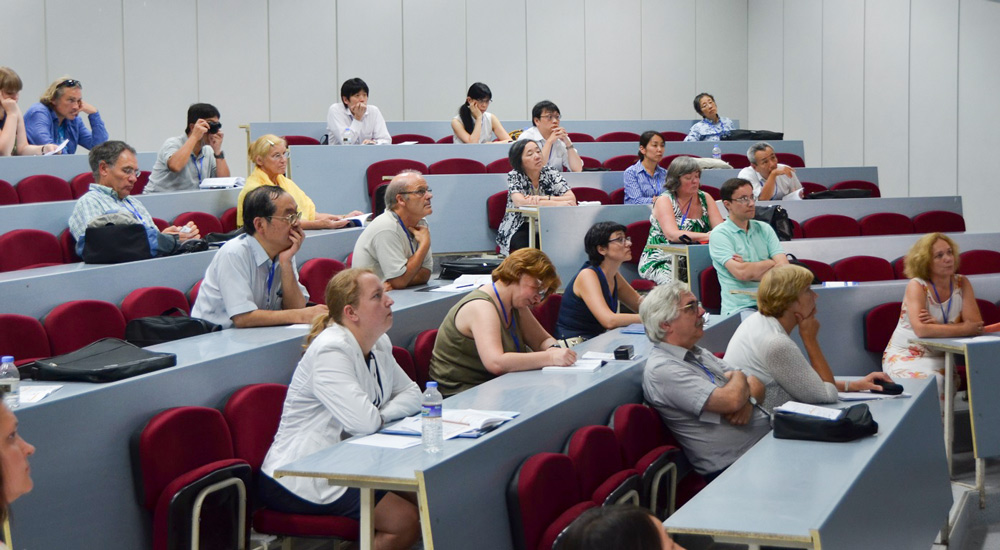 Organised every three years, the 5-day congress will finish on 18 September 2015. Taking place within the activities of the International Society for Dialectology and Geolinguistics, the congress previously took place in Hungary, Netherlands, Poland, Latvia, Portugal, Solvenia and Austria. The conference will be addressing an array of topics including new approaches and methods in dialectology and geolinguistics, the relationship between dialects and culture, media, and the science of translation.

It is worth mentioning that the said society included Turkish as one of the languages of presentation during this year’s conference, which is an indicator of Turkish being accepted as a language of science at the international platform. 8th Congress of the International Society for Dialectology and Geolinguistics is hosting participants from fifteen different countries. Among world renowned participants attending the congress are Prof. Dr. Eva Agnes Csato, Prof. Dr. Michael Schulte and Prof.Dr. Maria-Pilar Perea. Further information about the congress is available at the official webpage of the event at http://sidg.emu.edu.tr