Highlighting the importance of collaboration with the industry in his speech, Prof. Dr. Hocanın stated that they expect support from business people in areas such as internship opportunities and career days, especially in applied sciences. Underlining that as EMU, they are ready to provide all kinds of support to business people in the field of academy, Prof. Dr. Hocanın wished that their cooperation would continue in an increasing manner. 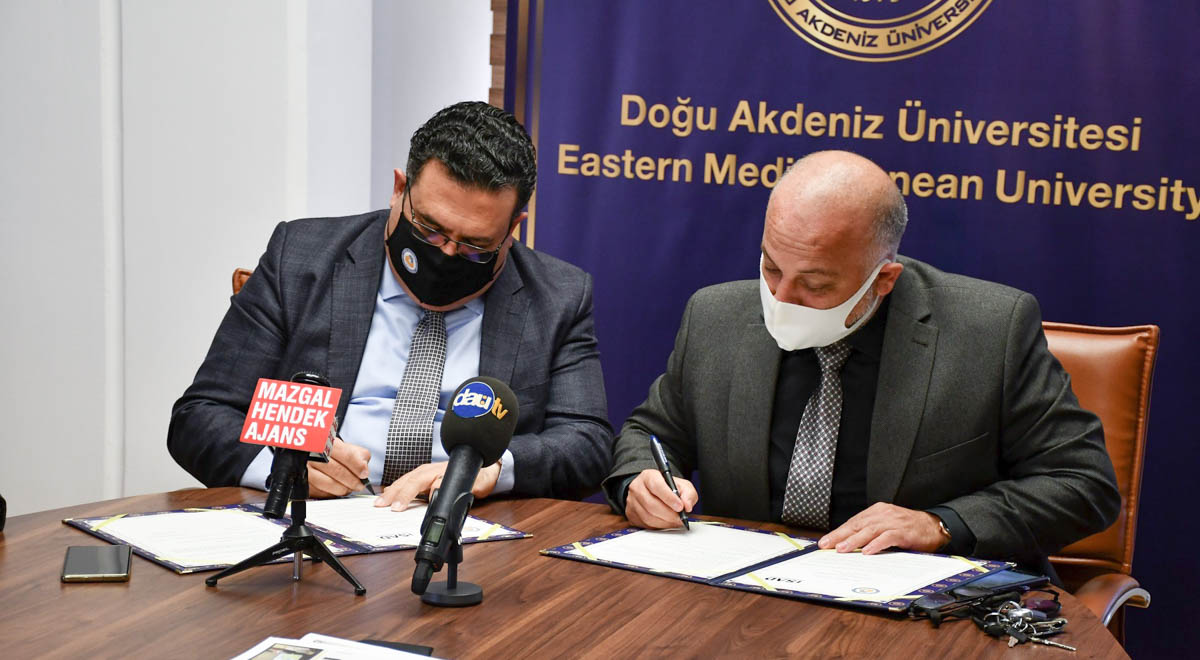 President of İŞAD Executive Board Enver Mamülcü stated that he was very happy to be in the most distinguished educational institution of the country and wished the protocol would be beneficial.  Providing information about İŞAD, President of İŞAD Executive Board Enver Mamülcü stated that it is necessary to act with sustainable policies and economies in order to make the economy in the country stronger. Mamülcü also touched upon the importance of the education sector in this context. Stating that EMU is a great university that has proven its quality in the country and in the world, Mamülcü emphasized that EMU is an important force in making the education in the country more sustainable and of high quality. Mentioning that universities should be more involved in society in order to better develop economic policies in tourism, education and production, Mamülcü underlined that they will continue to work to be beneficial to the people of the country in this context. The Protocol Signing Ceremony ended with the signing of the protocol and the presentation of gifts.