CNN Turk Participates in a Talk at EMU

CNN Turk Participates in a Talk at EMU

CNN Turk Editor Sinan Kunter and Director İbrahim Özkan, came to the Eastern Mediterranean University (EMU) for the talk titled “TV Programming from A to Z”. Students, research assistants and members of academic staff attended the talk that took place at the Purple Hall of the EMU Communication Faculty. During the talk Kunter and Özkan shared their experience with the attendees.

Noting that the screen must be alluring both visually and contentwise, editor Kunter stated “Everything begins with an idea, which is the most important issue. In order to transfer the idea onto the screen, detailing such as genre, time, production, budget and  broadcast type such as live or pre-taped must be convincing.”

Noting that it is colours that give every TV program its personality, EMU graduate Özkan stated “For example we use green and white themes for programs relating to health and dark blue colours for talk shows. Off course what we call visuality is a whole together lighting, decoration services, art directors and so forth.

Highlighting the importance of image monitoring and selection in stage management, Kunter and Özkan put forth that if another channel broadcast a specific recording or image before yours, you will definitely face problems. Kunter and Özkan also advised the participants to be ready for last minute events. 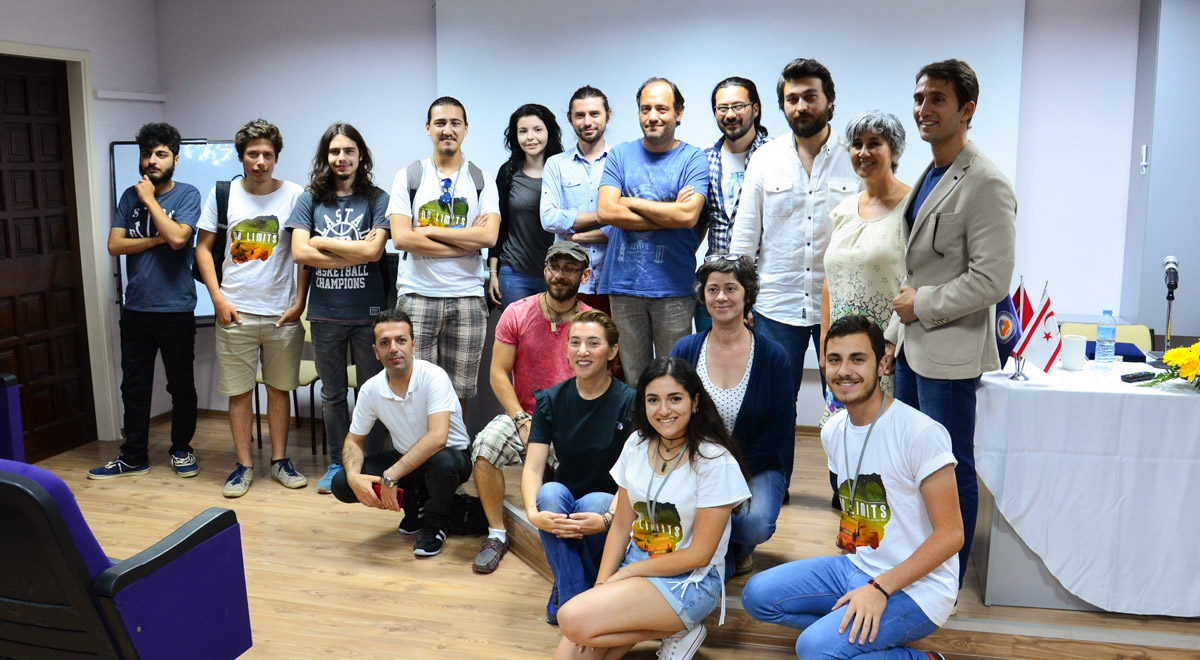 “EMU TV” Is a Big Opportunity

Director Özkan underlined the importance of students improving themselves in numerous fields; “EMU TV is a very big opportunity for you. Present at EMU TV are all of the elements required for broadcast at CNN Turk. If compared, you see that the only difference is the amount of the work you do and the presence of the latest technological tools. ”

“The penguins were decided on a week before”

Regarding the student question “Who decided on the broadcast schedule that resulted in a penguin documentary being shown on the night of the 31st of May 2013?” Kunter stated “It was decided that the penguin documentary was going to be shown a week prior to that day. Not transferring the suddenly erupting Gezi movement protests to the screen was not a conscious decision. No exterior force can tell us to broadcast or not broadcast certain content, however self-censorship does take place in media institutions and there are Radio and Television Supreme Council rules. Kunter also indicated that CNN Turk was one of the mainstream media channels that broadcasted the Gezi movement the most.

Finally Kunter-Özkan advized that students learn a foreign language to a satisfactory degree and find a sub-branch to specialize in despite being trained in all branches of TV programming. The event came to an end after a group photo was taken.