Eastern Mediterranean University (EMU) hosted a seminar on “Citizenship Rights Movement” with the cooperation of the Cyprus Policy Center (CPC) and the Department of Political Science and International Relations. Assist. Prof. Dr Umut Bozkurt, Faculty Member at EMU Faculty of Business and Economics, Department of Political Science and International Relations, thanked the audience for a high level of participation and introduced the seminar’s speaker; Public Relations Expert Amelia Vander Laan (Supervisor for exchange and cultural programmes and social aid initiatives at the U.S. Embassy in Cyprus). 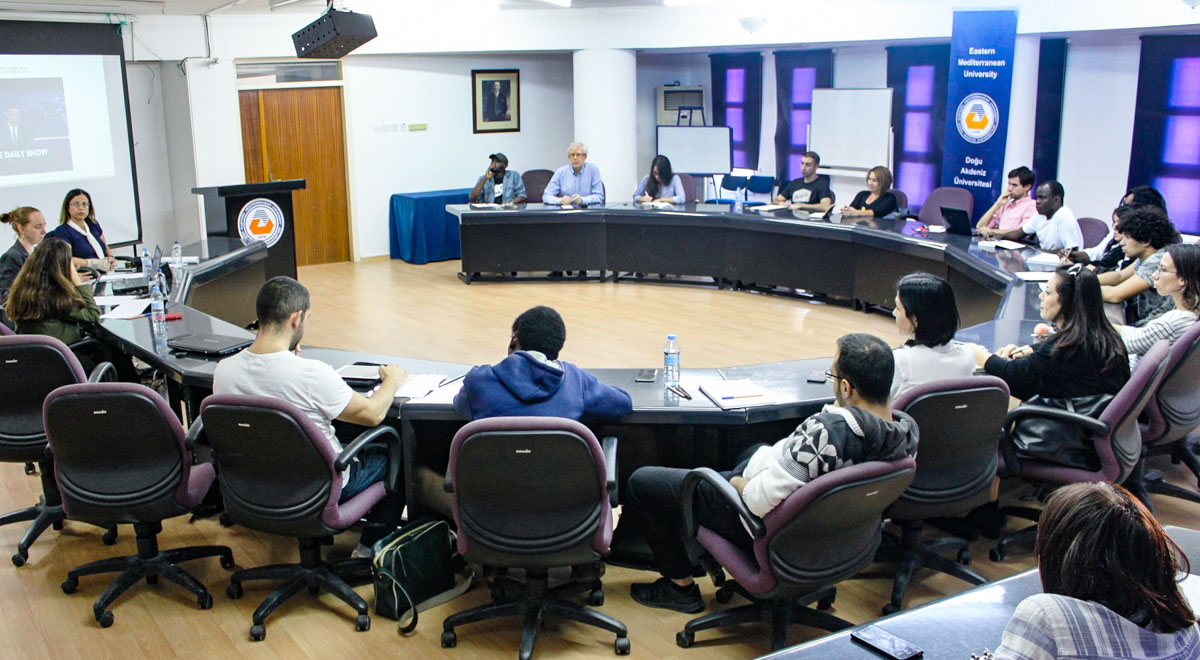 Following Assist. Prof. Dr. Bozkurt’s speech, Public Relations Expert for the Embassy of USA Amelia Vander Laan explained the Citizenship Rights Movement and its history as the American official source. Laan, beginning her speech by stating that diplomacy is regarded as inter-governmental policies, said that power was transferred to the people in the last century. Laan pointed to the 25 million Africans who were brought to the Americas in the early 1500s for forced labour. Laan tried to shed a light on the hardships endured by the African people such as slavery, discrimination, the struggle they went through and their achievements during that period. Laan pointed to the fact that citizenship rights in America are less than perfect however; they try to maintain contact with all regions to achieve this goal and that all citizens attained their political and social rights to education and equality.

The majority of the participants at the seminar were the students from the EMU Department of Political Science and International Relations. Achiri Emmanuel, founding member of VOİS Students’ Union (aims to find solutions to the problems of students from foreign countries) stated that the seminar was very beneficial for their own efforts for rights.