Eastern Mediterranean University (EMU) 1990-1991 Academic Year Spring Semester graduate Hüseyin Dinç has worked in some of the world’s leading firms in automotive, fuel oil and energy industry such as Würth, Elf and Total Oil as senior executive throughout his professional career after graduating from EMU. Making a move in entrepreneurship in February 2015 by launching İstanbul-based İzgi Energy and Chemicals Corporation, Hüseyin Dinç submitted an examined-patent application to Turkish Patent and Trademark Office in August 2015 concerning the “Burning Unit of Hot-Air Balloons” to operate with Liquefied Natural Gas (LNG). In September 2018, Dinç’s application received a 20-year patent. In August 2019, he received an acceptance for “Teknopark İstanbul”, a technology development center that appears in world’s top 10 list for technology developing and commercializing. In January 2020, he launched Turkia Aviation Corporation. He made EMU Family proud by signing an innovation that left its mark in the hot air balloon industry and was the first in the world, together with its qualified and competent team. The current hot-air balloons all around the world operate by liquefied petroleum gas (LPG). Instead of this system, Dinç and his team have developed a burning unit that will operate with Liquefied Natural Gas (LNG), which is reliable, environmentally friendly, beneficial to carbon emissions and provides flight safety and distance compared to LPG, and will be completely domestic production. 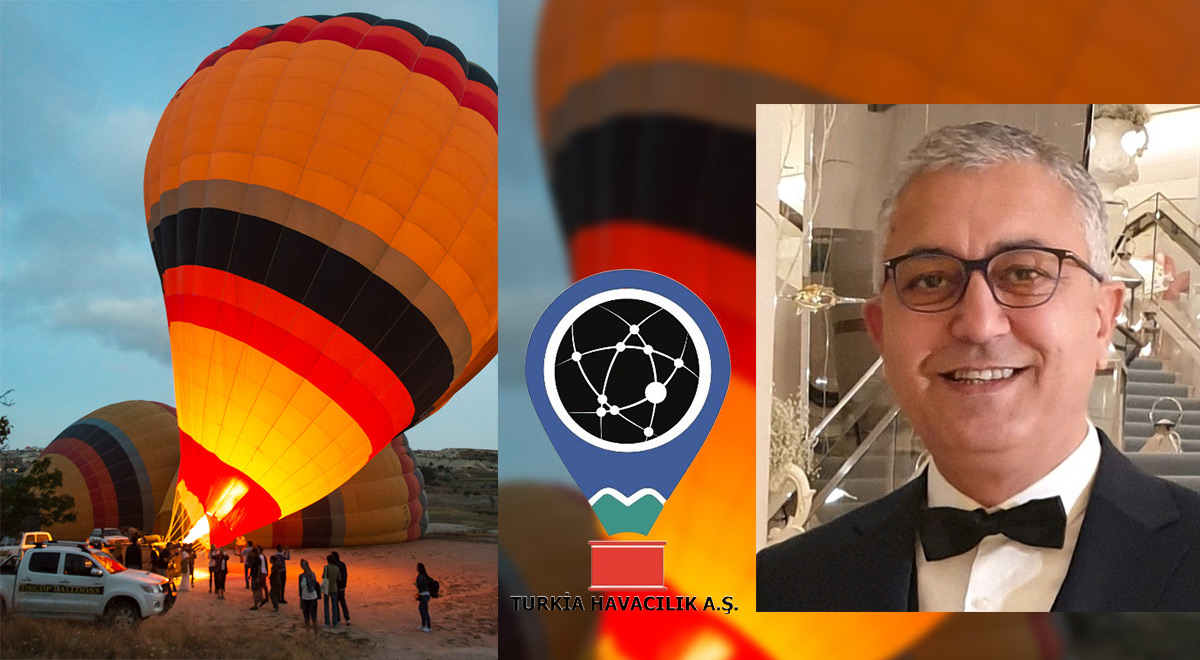 The foundations of the project were laid back in 2015. EMU graduate Hüseyin Dinç submitted his examined-patent application on 11th of August 2015 and the application was approved in 2018 with a 20-year patent being granted. Then, Turkish Civil Aviation General Directorate pointed the way for Dinç to Teknopark İstanbul in order for the project to develop better and to benefit from its opportunities. In June 2019, Dinç and his team applied to Teknopark İstanbul with their “Burning Unit for Hot-Air Balloons” project and received acceptance in August 2019. Following the acceptance, Dinç and his team established Turkia Aviation Corp. and initiated their studies regarding the matter with being able to achieve in a short time period. Turkia Aviation Corp. rejected patent purchase and partnership requests received from Germany and Spain.

By the virtue of the new LNG burning unit brought into the sector by Turkia Aviation Corp., a 40% saving on the fuel consumption of hot-air balloons will be acquired. Within this respect, owners of the balloon companies will have the opportunity to reduce their fuel expenses nearly by half. Moreover, energy value of LNG flights will be 50% more. In other words, carrying only two replacement gas cylinders instead of four will be sufficient. The new LNG-operated burning unit is to benefit both the environment and the reducing of carbon emission levels as the carbon emission release in LNG is lower than the LPG releases.

Touristic Flights from Anamur to Kyrenia and Famagusta

Stating that they are currently working on promotion projects of the Turkish Republic of Northern Cyprus (TRNC), EMU graduate Hüseyin Dinç continue his words by saying: “With the sponsorship of world giant companies and news agencies, we will organize touristic flights from Anamur to Kyrenia and Famagusta with approximately 10 hot-air balloons which will use our burning units”. LNG burning unit is expected to highly contribute to the Turkish tourism sector and it is also planned to be used in energy generators on the industry sector and, in vehicles used by hotels and restaurants.